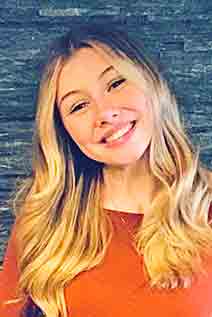 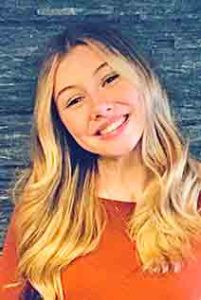 When do you remember growing up? Maybe it was in middle school after you had gotten bullied for playing with barbies. Maybe it was in high school when you began to realize your GPA actually does matter.

Or maybe you’re just realizing you have grown up right now. For me, I thought I grew up in middle school, but in reality I was still just a child trying to find myself, rather than fully maturing. On this confusing journey I had lost friends, as well as gaining some. I am here today because I learn from my mistakes and continue to make them, then use them to learn and grow as an individual. Looking back on these memories, I have realized that I hadn’t really started to be a grown up, instead I was only beginning to mature as a person and I was trying to understand who I really was. While writing this, I understand now that I am finally beginning to grow up. But how did I know that I was growing up? Well maybe it’s right now as I’m writing this article.

Middle school can be a very confusing time. Bodies are changing, but more importantly our minds. In middle school we are trying to understand ourselves, as well as the people around us. We try to “fit in” with our peers, so the regular activities that we did as children were no longer appropriate for this difficult journey. In my experience, middle school was a very dramatic time. I began to question who I really was, this led to many friendships ending, as well as new ones beginning. The pressure of popularity began to rise and my mindset was difficult and very hard to understand. I had thought that the only way to make friends was to leave the ones I had. Although I thought I had grown up at the time, looking back, I had realized that I was still learning about myself rather than really maturing. This tricky path called life has led me to begin this concept of growing up.

You’re probably asking, “Why do you think you have grown up today?” These past years, I have realized that drama wasn’t worth the hype. I have come to know that I need to try harder to do well in my classes. Eventually, I understood why naps were a reward rather than a punishment. Also I’ve found my true friends, who I love and trust. Overall, my mind has changed this view of life. Life is a tricky story, and I’m not even halfway done yet! What if we live the rest of our lives still learning and growing rather than being  so-called “advanced’ in this life.

We continue to learn new things each and every day. My dad, for example, is very wise and in his 40s. Although he is wise and smart, he is taught new information every day and will continue to teach me, along with others, about his knowledge. I believe that we are growing every minute with intelligence. So maybe, we will never fully grow up and we’re just learning from our experiences instead. “Are we really growing up or just learning new things?” This is a quote that my father often says, which I believe to be true. Although we mature and come to our senses, even a 70-year-old man can still be learning about new things but in society, he has grown old. Inside of each one of us is a person learning and experiencing new things each and every day.

To come to an end, I believe that middle school was more of a learning experience rather than actually growing up. My mind told me I was mature and grown at this young age but in reality, I am just beginning to grow now. I now know that “boy problems” are the least of my worries. Although we are mature in this life, I simply do not believe we are ever “grown up,” I think we really do learn from our mistakes and past experiences, this is what makes us grown. So the question asked is, “When was the moment I knew I grew up,” and the truth is, I think we all have a lot more “growing up to do.”

Hailey Lovejoy is a student at Grand Meadow High School. She is one of 14 area students participating in the Journal Writing Project, now in its 23rd year.