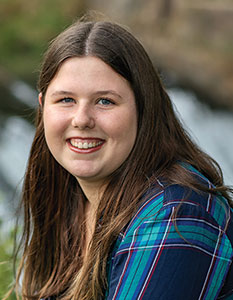 Renaissance. One simple word that nearly everyone has heard at one point or another, but what about a Renaissance man? A classic Renaissance man had many talents or vast knowledge, and one of these men was Leonardo da Vinci, who I’m sure, many have heard something about. His life, his inventions and creations, his intelligence, and his death may not be things you know much about. Perhaps, it’s time to look a little closer at the man known as Leonardo da Vinci.

Even though da Vinci was a famous man, he didn’t start off that way. In fact, he was born on April 15, 1452, in a simple farmhouse in a village called Anchianoin, which is located in Tuscany, Italy (biography.com). It was in Anchianoin that he lived for the first five years of his life before he moved to Vinci to live with his grandparents and uncle. His talent with art was well established at a young age so it came as no surprise that he would start an apprenticeship under an art master, however he started this nine-year apprenticeship when he was only 14 years old under Andrea del Verrocchio, who was a skilled sculptor, painter, and goldsmith, meaning he put intricate, yet delicate, gold detailing on books and manuscripts (Medieval Chronicles). It was also during da Vinci’s apprenticeship that he had gained knowledge in chemistry, architecture, carpentry, mechanics, and metallurgy. This was the start of da Vinci becoming a Renaissance man.

Halfway through his apprenticeship was when his first work, a simple pen sketching of Arno valley, was completed. Everything he created, from his art to his inventions, he had first sketched, making his drawings an essential part of his career. Da Vinci, though known for some of his paintings such as the Vitruvian Man, Mona Lisa, and the Last Supper, has less than two dozen paintings to his name. This is because he was more of a sketcher than a painter. He sketched many battle weapons, such as the first tank, a giant crossbow, and a war chariot with scythes on its sides (biogrpahy.com). But that was not all he invented, as he had also created the Flying Machine and a mechanical knight known as Leonardo’s Robot.

His intelligence went beyond just art and mechanics. In fact, he was one of the first people to ever draw different parts of the body and he would often remark, “A good painter has two cheif objects to paint ­— man and the intention of his soul. The former is easy, the latter hard, for it must be expressed by gestures and movements of the limbs.” To him, our sense of sight was our most important sense and our most important organ was our eye, as both allowed us to see the movement of the body. He was so curious about the body and its movement, that in the 1480s he had dissected both human and animal bodies to further his knowledge about body movements and gestures. This is where his drawings of Fetus in the Womb and the heart and vascular systems really stood out to people as no one had seen much of those kinds of drawings before.

Sadly, da Vinci died at age 67 on May 2, 1519, from what many believe to be a concurrent stroke. Da Vinci was buried in the chapel of Saint Florence at Château d’Amboise (leonardodavinci.net). However, that building was destroyed in the French Revolution, which meant that da Vinci’s body had to be moved. He had been moved to the small chapel of the castle called Saint Hubert in the 19th century, however the gravestone that marks the grave as da Vinci’s says “presumed” on it. Scientists are now trying to see if it is truly da Vinci’s grave or not through modern DNA testing by comparing cells found on da Vinci’s sketchbooks with the DNA of the body (telegraph.co.uk).

Hopefully Leonardo da Vinci is less of a mystery to you now that you know more about his life and accomplishments. He was a classic Renaissance man through and through. A classic painter, sculptor, chemist, mechanic, hydraulic engineer, a physicist, and so much more made him a truly great genius. A genius that was ahead of his time? Perhaps, but was a genius that lived life to its fullest and explored what he was curious about no matter what. Take a page from his book and explore anything you’re curious about, maybe you’ll learn something new about yourself.

Zara Wilkemeyer is a student at Fillmore Central High School. She is one of eight area students participating in the Journal Writing Project, now in its 21st year.