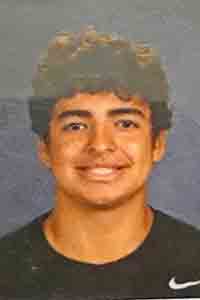 NASA will be sending the first woman and first person of color to the moon. This mission is called the Artemis Program. If Artemis 1 goes as planned, then it may happen on Artemis 2 or Artemis 3. Artemis 1 will be launched in 2022 and is an unpiloted mission. Artemis 2 and 3 will happen in the next few years.

A possible person for this mission we might be sending to the moon is Stephanie D. Wilson. She is a senior at NASA and is the most flown-in-space female African American astronaut. Wilson has been on three missions to the ISS and logged 42 days in orbit. She became an astronaut in 1996, also becoming the second African American woman in space. Stephanie is now one of 18 members of the Artemis astronaut team that are nine men and nine women from diverse backgrounds; however, Wilson has been an astronaut longer than anyone on the team, and only one person has flown more than her. Stephanie D. Wilson was born in Massachusetts in 1966, and she became interested in astronomy and engineering as a teenager. She went to Harvard University, earning a bachelor’s degree in engineering science and went on to go to the University of Texas to earn a master’s degree in aerospace engineering. Her first engineering job was with Martin Marietta Astronautics and NASA’s Jet Propulsion Laboratory. Ever since she became a Mission Specialist astronaut at age 29, she has served on multiple projects, the CAPCOM team, and the Astronaut Selection Board.

Wilson has also been a principal robotic arm operator on missions, such as STS-121, STS-130, and STS-131. In the role of principal robotic arm operator, she has also done inspections of the exterior of the spacecraft, as loadmaster she moved equipment and modules from the spacecraft to the ISS (International Space Station), and she has supported spacewalks. When Stephanie served as a flight engineer, she assisted pilots on launch and entry. All three missions that Stephanie has completed were flown on the orbiter called Discovery; she being the only person to do that.

In 2007, when she was a crewmember, it was the only time two women have simultaneously conducted space missions. She was also on board in 2010, being the only time there has been four women on the ISS including herself, Tracy Caldwell Dyson, Naoko Yamazaki, and Dorothy Metcalf Lindenburger.

Wilson was also the CAPCOM (capsule communicator) for the sadly fatal last mission of the Columbia spacecraft (STS-107) in 2019, where upon re-entry of the atmosphere the spacecraft Columbia disintegrated due to damage to the left wing from debris of the external tank during the launch. The CAPCOM (capsule communicator) is the communication liaison between the astronauts and Mission Control; they represent the technical control team on the ground and the astronauts in orbit.

Stephanie D. Wilson has received NASA’s Distinguished Service Award two times, has been awarded three honorary doctorates, and she has gotten many other accolades.

When Stephanie was asked about the hardships of being an astronaut, she said that learning how to swim was the hardest, and the most uncompromisable one was making sure that she did her part to ensure the success of the mission.

Sylas Flatin is a student at Spring Grove High School. He is one of 17 area students participating in the Journal Writing Project, now in its 24th year.