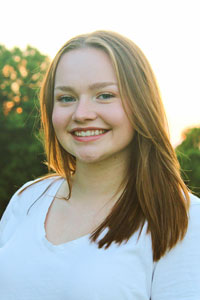 If you thought your athletic passions had to end when you were young, think again. Did you know there are track and field meets for adults ages 30 and up all around the nation? Organizations such as USA Track and Field, State Games of America, and the National Senior Games offer track and field meets for older adults, often referred to as Masters track and field. Some even offer meets for all ages! Typically, the age groups are divided in five-year increments, separated by gender, and awards are generally given to the top three in each event.

Almost all of the traditional collegiate track and field events are offered at the Masters level, including the long jump, triple jump, high jump, pole vault, weight throw, javelin, shot put, discus, and hammer throw events. Along with field events, traditional running events such as sprints, mid-distance, long-distance, and hurdles are contested. Some meets also offer events such as the standing broad jump and softball throw.

According to Spring Valley resident, Masters track and Field participant, and my dad Troy Bellrichard, “It is a very friendly community where everyone is there to help one another improve.” He goes on, “It has the fun of traditional track meets without the pressure of the collegiate level that I have faced in the past.” Bellrichard was an athlete in high school and in college at The University of Wisconsin-La Crosse. He has always enjoyed participating in and spectating at sporting events. He reignited his interest in field events after getting involved in his children’s sports, including my own. His first Masters-level track meet was the Star of the North Games (a qualifier for the State Games of America) in Rochester, Minn. He stumbled into this previously unknown world of Masters track and field. He says, “Some might say an obsession was born.” After a few years of participating in meets in the upper-Midwest, Bellrichard was led all across the nation. He has been to Florida, Maryland, Washington, New Mexico, and even Toronto, Canada, to participate at the national level for his age group, even winning six national titles.

Bellrichard spends his time in the throwing circle, participating in events such as the shot put, discus, javelin, hammer, and weight throws. Some of these he picked up for the first time at the masters meets after being encouraged by fellow throwers. It should be noted that the weights of the implements vary based on age and gender. So, the higher the age, the lighter the weight. This is done in order to prevent injury and keep competition fair. Bellrichard says, “Being in the 50- to 54-year-old age group, I throw the 13.2 pond [6 kg] shot put.” He goes on, “High school is 12 lb and college is 16 lb.” Every 10 years of age, the weight of the shot put goes down 1 kg for the Masters track and field meets shot put event.

Bellrichard says, “Anyone can come out and try it, there are participants of every skill level.” He used these words to convince his 79-year-old mother, Leona, to give it a shot, literally. She signed up to throw the shot put and discus at the South Dakota Senior Games. Feeling very nervous, she accompanied Bellrichard to the meet and was overwhelmed by the support, help, and acceptance by the other athletes as a newcomer. She left the meet with two gold medals from her age category. This was her first opportunity to join a track meet because she was not able to participate in sporting events in high school as they were not offered for women in the 1950s. She had fun with this opportunity and continues to throw in her spare time. She also does not mind the extra time with her son.

If anyone is interested in competing in the state of Minnesota, you can check the Masters USATF website usatfmasters.org/wp/ for upcoming meets in the state. There are also two additional state championships in the summer. These are the Star of the North Games and the Minnesota Senior Olympics. And remember, it’s never too late to give it a SHOT!

Kaycie Bellrichard is a student at Kingsland High School. She is one of eight area students participating in the Journal Writing Project, now in its 21st year.