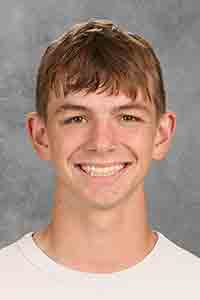 Whenever you walk down the street and you find a penny on the ground, you wonder if picking it up or not is worth it. In 2021 when a penny was manufactured, it cost $2.10 to create. That means every penny that is created and sent into circulation loses the U.S. Mint money. When a paper bill is produced the price ranges from 7.5 – 17 cents per print. It is estimated that $61.8 million is lost each year by losing or throwing away pennies.

If the manufacturing of the penny ceased, older pennies would gain more and more value. The older they are, traditionally the more expensive they get. In 1958 the first copper cent, manufactured in 1943, was sold for $40,000. A 1943 penny was sold recently for $1.7 million. If the U.S. stops producing pennies, they will eventually gain value. Although it may take a while, it’ll happen.

In 1857 we killed the half-cent coin, and that was only 93 years old. The penny has now been around for 229 years and is still being minted. Inflation has adjusted much more in the period from 1857-2022 than the 93-year period the half-cent coin lasted. Our nation should learn from our history and exterminate the minting of the penny.

The U.S. mines for zinc and copper to produce the penny, which is wasting natural resources. Making pennies also is toxic to people and the environment. Red Dog Mine, a zinc mine, is on top of the EPA’s list for the number one polluter. Zinc could be put to better uses,  such a galvanizing metal, building materials, and many other everyday items. The melt-value of a penny, which is the cost of what it’s worth after breaking or melting it down, is worth one half of a cent today. Since 1982, 327 billion pennies, or 1.8 billion pounds worth, were minted. Transporting that much requires around 20,000 tractor-trailer trucks, which gets around five miles per gallon. If each penny had to travel around 1,000 miles to reach its destination, that would require 4.5 million gallons of gas. This is all creating around 100 million pounds of carbon dioxide being emitted.

On the contrary, there are issues with discontinuing the penny. Instead of things costing $0.51 they would have to be rounded up to $0.55; everything would need to be a multiple of five. Supposedly getting rid of the penny would create a need for more nickels, which have a worse production-worth value. Federal Reserve studies show that people with low incomes, (particularly the young, elderly, and minorities) use cash more frequently than those with higher incomes. In our economy, 60% of transactions under $10 are conducted with cash. Since only cash transactions would be rounded, this would affect all these groups. Pennies are also very good for charities, just about every person is fine parting with one penny to give to a charity whenever they see it. Millions are donated in pennies every year to groups like The Salvation Army.

In conclusion, the pros do not outweigh the cons. The penny may have some upsides for the lower class or may be a big percentage of the money that they pull in for charities. The nation could eliminate the money we lose by discontinuing the penny. The impact on our environment wouldn’t be as harsh, even though it is already bad, but that’s a whole other topic. The people could speak up and follow history to make the right move we did as a nation before. We could be saving our materials and be putting them to better use. I might not see it in my lifetime, but hopefully I can have offspring that do. Eradicating the penny is the right move for our nation, it will affect the generations to come, and I believe it will be the best choice going forward.

Ben Udstuen is a student at Spring Grove High School. He is one of 17 area students participating in the Journal Writing Project, now in its 24th year.