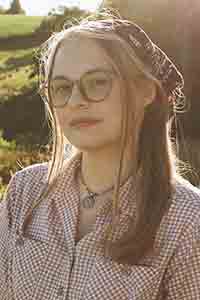 When a school has budget cuts, often it is the arts that are the first activities to be cut. But why? The arts activities are often the ones that are most beneficial to high school students. Arts teach teamwork and cooperation, as well as many more specific skills, like playing an instrument or painting. When a student is involved in the arts there is a good chance that they will come out a more well-rounded adult. The government has played a huge role in the development of the arts in the United States. The Elementary and Secondary Education Act passed bipartisan legislation in December 2015. The act had previously been set in motion in 1965. It includes art and music as a part of a “well-rounded” education. It also includes the opportunity for the federal government to help fund arts activities and give students equal opportunities to be in the arts. There are also government issued grants that gives money to integrate arts in schools.

In Minnesota there are five academic arts standards: dance, media arts, music, theater, and visual arts. One of these courses must be taken in order to graduate. In the United States there are 22 states that require an art credit to graduate, and in those states, six of them are in the top 10 highest GPAs in the United States. In a study done by a three-person team from the Semantic Scholar they show a chart that shows that students in the arts are more likely to earn A’s and B’s in English, score in top two quartiles on tests, and they are less likely to drop out by grade 10, and are also less likely to be bored in school.

The public generally agrees that the arts are in important part in school age children’s lives. In a study done in May 2005, 93% of people believed that the arts are vital to provide a child with a well-rounded education. 86% of people agree that being in an arts related activity helps make a student more enthusiastic about school. 83% of people believe that arts related activities help a student communicate more efficiently with other people their age and adults. Finally, 54% of people rated the importance of arts a “10” on a scale of one to 10. One of the most important government roles in the integration of arts into schools is the No Child Left Behind (NCLB) act. This reaffirmed that the arts are core subjects and that they should be taught in school. It puts the arts on the same level as English, mathematics, geography, history, language arts, and language classes. It makes the way for arts to be taken as serious subjects, it shows that arts can be as important as other classes. The NCLB act has had mixed-results. Some schools record that they have been teaching more of the other subjects and less of art. However, in other schools it has encouraged them to offer more classes involving the arts.

In a national study collected by a database of over 25,000 high school and middle school students, researchers from the University of California at Los Angeles discovered that students in the arts performed better on standardized tests. They also reportedly watched fewer hours of TV, participated in community service activities and were less bored in school.

Researchers are still trying to learn the way that the brain works in learning and retaining knowledge, but there is a good deal of concise information online suggesting that involvement in the arts is a positive contributing factor of many positive mental, physical, and social situations, including teaching teamwork and good organizational skills.

Grace Torgerson is a student at Spring Grove High School. She is one of 17 area students participating in the Journal Writing Project, now in its 24th year.