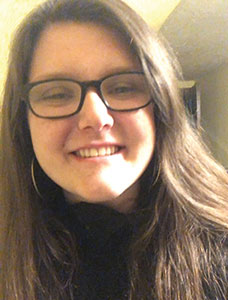 By Bethany Schneekloth
English in a whole is a rather interesting language, it is used across the globe by many different cultures as a primary or as a secondary language. It is so wide spread that its origin in the fifth century AD in a small section of what is known as Britain is even more incredible.
Crossing the sea from Denmark and Northern Germany in the fifth century AD were three Germanic tribes – the Angles, Saxons, and the Jutes. These three groups all spoke a variation of the western Germanic language and they slowly pushed the Celtic speaking Brits north, to what today is Wales, Scotland, and Ireland. The Anglo-Saxons ruled over what they called Englaland, from AD 500-1150, and spoke English or Old English. They first used runes as a written form of language to form words and sentences; missionaries introduced the Roman alphabet which slowly lead to introduction of new symbols, þ (thorn), ƿ (wynn), 3 (yogh), and ð (edth). Only 400 Anglo-Saxon texts have survived time and the most well known is Beowulf. Beowulf was first recorded around the 8th century and consists of 3,182 lines, indicating that Old English was a fully developed language. Most of common knowledge about Old English comes from Beowulf and its 903 compound nouns, 578 which are used once and 518 are only seen in Beowulf. The story uses 36 words for hero, 20 for man, 12 for battle and 11 words for ship. The transition from Old English to Middle English was brought upon by the Normans and Vikings where of the 30,000 words 85% were lost, leaving us with only 4,500 words, less than 1% of modern English.
The catalyst of the change was William the Conqueror and his force of Normans in AD 1066, who spoke the Anglo-Norman variation of French. The English classes still spoke Old English and the French speaking Normans saw the tongue as vulgar and low class; as the two languages grew next to each other they finally crossed and mixed, giving us Middle English (AD 1100-1500). The mixing of the two languages led to the changes of letter patterns and the 10,000 Norman words that were added and used. The language grew and by the end of the 14th century we had two works that survived, Chaucer’s “Canterbury Tales” and the John Wycliffe translated Old Testament of the Bible. Even though we can read “Canterbury Tales’’ the original pronuncication would be impossible for us to understand. Soon as the times would change once again into the 16th century the language changes once again to Early Modern English.
The Elizabethian Era brought upon the Great Vowel Shift, the radical change in pronunciation and writing, from the Middle English long vowels that resembled the romance languages (ex. sheep and shape, me as may) to the beginning of what we speak today. In this era more books were written and translated into English as the language was accepted as a language of education and learning. Standardization of the language was a slow process but was well underway by 1650 with use of the printing press, but was still slow as there were many different ways of spelling words. Even William Shakeseapere’s name had over 80 different spellings, which used six different variations. With the seperation of England from the Roman Catholic Church in 1534 there was need for the Bible and other texts to be translated into English; in 1549 the Book of Common Prayer was translated and printed and in 1611 the King James Bible was first published, with a more complete dictionory being printed in 1755, Dictionary of the English Language by Samuel Johnson. The final shift of the English language was brought upon by the rise in literature both scholarly and the mass printing of Shakespearian texts and the Industrial Revolution.
With the Inudstrial Revolution sweeping the world and English being used globally for the sciences, the english we know and speak made its rise. From 1800 to present we now speak Late Modern English, whose spread was powered ahead by the colonization of the world and the expansion of those countries. American English saw its expansion and change after the Revolutionary War when the leaders of our country saw it fit to change from the mother tongue. The expansion west saw the addition of new words, phrases, and the additon of many Spanish words. In 2020, since the year 2000, more than 700 words have been added to our language and it is still expanding.
Bethany Schneekloth is a student at Mabel-Canton High School. She is one of eight area students participating in the Journal Writing Project, now in its 21st year.