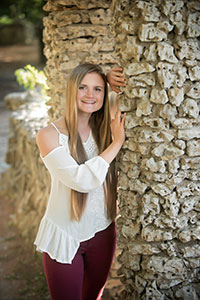 Imagine you’re at one of those beloved family gatherings — the one with Great-great-aunt Mildred and the second cousin you’ve seen but once in your life and whose name might be Freddy… or Frank — you’re not entirely sure.  Can you picture it?  Wonderful.

Now, let’s say you’re drawn (or forced) into a pleasant conversation with these two characters.  It probably began with Great-great-aunt Mildred complaining about the quality of the tarts being served:

“These are much, much too dry.  And too tart — much too tart.  Don’t you think? They just don’t make them like they used to.  Nowadays, people just don’t pay attention to tarts…”

You and Freddy (or Frank) nod along, wondering who decided to serve tarts in the first place.

Eventually, everything possible to be said concerning tarts has been said, and everyone begins to lapse into silence — luckily, quick-thinking Freddy/Frank jumps to the rescue:

Then… silence. Awkward silence.  Great-great-aunt Mildred is staring at you.  Freddy/Frank seems to spot something fascinating out the window.  You shift uncomfortably; your hands fidget; you check your watch. Seconds pass like hours…

Okay, we have all run into awkward silence before, and family gatherings are far from the only place we encounter these painful seconds of silence.  However, while you probably know all too well what awkward silence feels like, have you ever wondered exactly why silence in conversation is so unbearable?

But first, precisely how long until a pause in a conversation is considered awkward?  Four seconds.  Yes, a Dutch study by Namkje Koudenburg and published in Science Direct titled, “Disrupting the flow: How brief silences in group conversations affect social need,” found that after just four seconds, people start to feel a silence has become awkward.

Not only did this study discover this interesting statistic, but it also discovered why we hate silence in conversation.  To do so, the study recruited 60 undergraduate students and divided them into two groups; each group watched one of two different videos.  Each video consisted of three females participating in a six-minute conversation in which four minutes into the video, one of the females, named Linda, made an awkward statement.

Why is this important?  It shows that when people experience an awkward pause in a conversation, they are likely to feel rejected and outcast, which is why we dislike these silences.

Now, let’s back up to that fact mentioned earlier: four seconds typically makes a silence awkward.  However, this is not the case in all cultures.  Japanese people, for instance, are known for appreciating the value of silence much more than Americans.  According to a BBC article titled “The Subtle Power of Uncomfortable Silences,” the Japanese people do not begin to feel a silence is uncomfortable until the silence has stretched 8.2 seconds — twice as long!

Why do different cultures, such as the Japanese, or the Finns, who are also known for their long pauses in conversation, value silence so much?  According to the previously mentioned BBC article, while most Americans find silence unbearable, they see silence as a time to reflect respectfully on what the other speaker has said and plan what they are going to say next.

While the topic of awkward silence is an interesting one — as paradoxical as it sounds, I could talk for hours on the topic of silence — it may not help you squirm or fidget any less next time you encounter awkward silence… especially if Great-great-aunt Mildred is giving you the stare down.