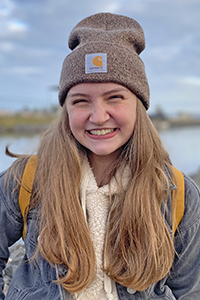 Pronoun: a word that is used instead of a noun or noun phrase, such as I, she, he, it, we, or they. Although the act of using pronouns is a seamless part of our everyday lives, the impact of using correct pronouns is more than just a conversation. Recently, the power of pronouns has started to rise, since they’ve become such a crucial component to validating, including, and respecting others. Let’s take a look at the impact of all that pronouns and their effects encompass.

Although using pronouns is a small – and seemingly indirect – act, it goes a long way, especially when speaking to people within the LGBTQIA+ community. Assuming somebody’s pronouns solely based on their appearance or outward expression is hurtful and oppressive. Sex does not equal gender. Gender does not equal identity. Identity does not equal expression. And, lastly, expression does not equal personal pronouns. Since society associates expression with identity, misgendering is a common way that oppression appears in daily conversation.

Furthermore, additional pronouns include neopronouns, which are “more modern” pronouns that do not express gender. Some examples of these are ze/zir/zirs or xe/xem/xyrs. Although neopronouns are viewed to be newer and less commonly used, they – or variations of them – have been known to exist in conversations since the 1300s.

Much like gender, pronouns are allowed to change, and it’s okay for them to change. They’re yours to choose, use, change, and explore. In addition, “preferred” pronouns aren’t actually a thing, since pronouns – and choosing to respect them – are not negotiable.

Misuse of pronouns causes people to question themselves, deny who they are, and overall be put into distress. Conclusively, using any incorrect pronouns – whether intentional or not – is a complete refusal to acknowledge somebody’s identity. If you happen to misgender somebody and address them using incorrect pronouns, it is important to directly apologize and then commit to avoiding making that same mistake again. Researching, learning, and asking about people’s pronouns is your job in order to make others feel comfortable, seen, and valid. Although you may not purposely misgender someone, correcting yourself is a crucial part of bettering yourself as an ally. Using people’s correct pronouns is not about your feelings at all, but rather it is about their safety.

For example, not all people who use she/her identify as a woman. Based on what society understands a woman to look like, it is incorrect to assume they identify themselves using she/her pronouns (“The Importance of Pronouns”  found on Howard University’s website).

As stated in an article from the U.S. National Library of Medicine National Institutes of Health, addressing somebody with their correct pronouns is an act of respect, validation, and inclusion. It also reduces social oppression, lowers depression, and raises self-esteem. As found in a study conducted by the Trevor Project, transgender and non-binary people who reported having their pronouns respected by a majority of people in their lives attempted suicide at half the rate than those who did not have their pronouns respected. This finding clearly exemplifies the need for normalizing the usage of various pronouns and respecting others’ pronouns.

Lastly, here are a few ways to be an ally in order to best show up and support others. Primarily, include your pronouns into your introduction to a stranger, new friend, or even as a part of your email signature. This will help to normalize the conversation surrounding pronouns as well as the accurate usage of them. Additionally, kindly ask about others’ pronouns when you are engaging in a conversation with them. Finally, practice using inclusive language; this would encompass saying, “Hey, everyone!” rather than “Hey, guys!” This will help to create a safe, inclusive environment for them, especially when misused pronouns can be so triggering and harmful. Ultimately, it’s best to use gender-neutral pronouns when referencing somebody if you’re unsure.

And, considering that non-binary and LGBTQIA+ people constantly accomodate the majority of society and its internalized hatred, using somebody’s correct pronouns is such a simple way to instantly make them feel valid in their existence and identity.

Maddy Bergey is a student at Fillmore Central High School. She is one of 14 area students participating in the Journal Writing Project, now in its 23rd year.