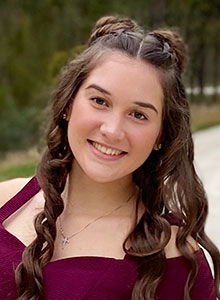 Pit bulls have the reputation of being instinctively mean and dangerous. Their bad reputation is reasonable since there have been many reported pit bull attacks. People in defense of pit bulls say that the owners are to be blamed for the dogs’ bad behavior.

Pit bull critics argue that the breed is violent because of their DNA when actually, there is more than one breed. There’s the American pit bull terrier, the American Staffordshire terrier, the Staffordshire bull terrier, and the American bully. Critics say that pit bulls were specifically bred to be aggressive; truthfully, they were bred this way to be in dog fights as entertainment. However, only the American pit bull terrier was developed for fighting, and the other three breeds are roped into this stereotype just because of their looks. The other three breeds do not even have the violent or aggressive heritage, so the DNA argument is misinformation. Advocates explain that the only reason pit bulls tend to be more aggressive is because humans trained them to be that way in the first place; hence the argument saying that owners are to be blamed for the dogs’ bad behavior.

There have been other arguments made about how statistics are not usually in the pit bull breed’s favor. For example, chihuahuas will often bite humans more than pit bulls will. The only reason that pit bull bites make the news is because their bite is bigger and potentially more fatal. Still, this example proves that pit bulls are not more aggressive when being compared to other dogs; pit bulls are just being recognized more often, which is unfair. Stereotypes against pit bulls are unfair because they tend to be sweet dogs with proper training. One stereotype, or myth, about pit bulls is that they have locking jaws; this is false. Pit bulls do not have any mechanism that allows them to lock their jaws. By comparing a pit bull’s skull to any other dog breed’s skull, one can see that both skulls share the same characteristics and general bone structure. Instead of assuming the worst in a pit bull or any animal, research should be done to find out what is truly myth or fact.

The debate on pit bulls became well known on social media when a Facebook petition was made to save a dog named Mickey. The dog bit a boy named Kevin Vicente. Mickey was going to be put down until thousands of petitions were sent demanding that the dog should live. Many financial donations to save Mickey were sent as well. Social media was eventually victorious with all it’s petitions, for Mickey was not euthanized. Instead, Mickey is now living in an air-conditioned jail cell in Arizona with a live webcam, so the public can see what he is up to. Also with all the attention Mickey got from social media, many other donations were sent to Kevin and his family to help pay for Kevin’s medical bills.

Maybe with more research, data, training, and understanding pit bulls can be well-known as the loving dogs they have the potential to be!

Ryleigh Alery is a student at Lanesboro High School. She is one of nine area students participating in the Journal Writing Project, now in its 22nd year.