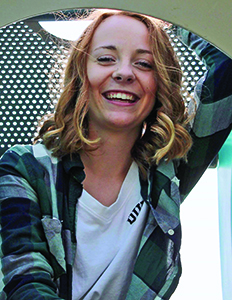 Since the third grade I was passionate about learning more on marine life and all life on Earth has to offer. As the years went by, my passion for the underwater world and life on land began to become more in danger. Within my lifetime, there have been an absurd amount of tragedies within our climate, which is exactly why I’ve chosen to write about it. Each year that passes we surpass another record breaking temperature. I often ask myself, does anyone really know what is happening to our planet, or are we just not in the mood to start fixing this problem? We need to take matters into our own hands and start being active with helping our environment.

What do you think about when you hear the word ocean? Is it the beautiful colours of the coral reefs? Or the diversity of marine life? If you were to dive down in the ocean at this very moment, you would see very little life. The ocean temperatures have risen tremendously, making sea life die off. Coral reefs have been harmed by many different things such as overfishing, El Nino, natural phenomena like hurricanes, and warming of the seas by the increase of CO2 emissions. Without these biodiverse and productive ecosystems on Earth, billions of peoples food supplies will be threatened. While the coral reefs are having a hard time with the warming of water, it is also fueling more powerful and more frequent hurricanes. As the ocean begins to warm up all around, hurricanes will have free access to go anywhere and destroy whatever it is in its path. The warm water will strengthen it and it’ll become more dangerous as the years pass.

Our planet’s average surface temperature has risen about 1.62 degrees fahrenheit since the late 19th century, all due to human-made emissions being released into our atmosphere. There have been about 1.4 million wildfires since the year 2000, 90% of that has been from humans leaving campfires unattended, neglecting discarded cigarettes, burning of debris, plus much more. The remaining 10% is from lava and lightning strikes. While humans are releasing toxic emissions into our atmosphere, wild animals are paying the price. We’ve wiped out a total of 60% of our wild animals since 1970 alone.  What will our grandchildren and their children have to live through if we don’t act now? Our Earth will continue to be destroyed if we don’t take action for this awareness!

Throughout my life, our climate has changed drastically. We’ve repeated the phrase, “We’ll fix this,” or “We have time,” when really, we haven’t done anything. The more we wait and the more we keep telling ourselves lies, the worse things are going to get. Things that are happening across the world from us are going to affect us later in life, same thing applies for them. We are at the point of being able to fix our home, but only if we act now. Even if it were to be a small donation, or as simple as picking up trash you see on the side of the road, anything helps. Our planet needs us more than ever at this moment, so no more waiting, we need to take action!

Makayla Braaten is a student at Fillmore Central High School. She is one of eight area students participating in the Journal Writing Project, now in its 21st year.