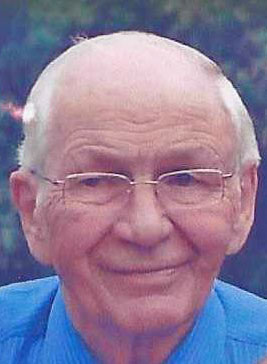 John Carl Brose, 86, of Lanesboro, Minn., died on January 9, 2021 at 8:07 p.m. at Chatfield Chosen Valley Care Center. John was born in Milwaukee, Wis., to Wilbert and Bernice  (Burndt) Brose on March 17, 1934. The family lived in Milwaukee for four years and then moved to a small farm outside of Fountain City, Wis. He went to school in Fountain City, while working as a plumber and carpenter. Then John went to college in Winona, where he met his future wife, Beatrice (Betty) Rose. They married June of 1953 and had two children, Robert John and Elizabeth/Betty Rose. They lived in Lanesboro for over 50 years.  Both John and Betty were educators for over 40 years in Lanesboro. John taught physics and chemistry and was the high school guidance counselor.  He was a very kind and giving person and wanted every student to achieve their goals in life.

John loved fishing, hunting, and trapping. He also enjoyed bowling, golfing, and playing cards with friends and family. He loved watching his grandchildren grow; he helped and supported them in all that they did.  Some of his favorite memories are at Gull Lake with his family, where they would fish, boat, and do water sports.

John took pride in helping others and was always active in the community. He was a council member for many years and the mayor of Lanesboro for eight years. He was in the Navy and was a very active member of the American Legion in Lanesboro.  He was extremely involved with St. Patrick’s Church and the Knights of Columbus. He had such a kind soul and enjoyed talking to everyone.

He was preceded in death by his wife Beatrice (Betty), parents Wilbert and Bernice Brose, sister Joan (Gene) Luehman, and grandchild Francois Brose.

Condolences are welcome at rileyfuneralhomes.com.