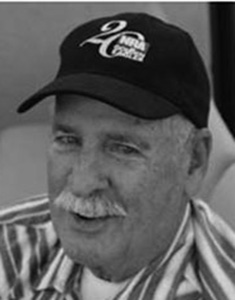 He was one of 11 children born to Elmer Paul Asp and Mary Allie (Kately) Asp on May 13, 1937, near Springbrook, Wis. He grew up in the Hayward, Wis., area and attended Smith Lake and Munger country schools. He then attended Hayward Public Schools until the age of 17 when he joined the Air Force for four years. After his release, he worked as a mechanic at “Frenchy” Frigon’s Body Shop in Clay Center, Kans., and then went on to become a truck driver. Some of the companies he hired on with were Watkins, Bekins Van Lines, Husby Trucking, Murphy, G.F. Trucking, Sizer, Dart and McFarland. The next chapter in his life he did repair work and welding along with working at Carr’s Black Dirt, Severson Construction, Builders Sand and Gravel, Paulson Rock Products and the I-90 High Forest Rest Area.

Family and friends were very important to him. He enjoyed eating meals and having conversations with his many friends and family. Reading and history were of great interest to him. His other passions were attending auction sales, tractor shows, truck shows, and collecting antiques. He was very talented as a mechanic and fabricator.

A celebration of life will be held in the Stewartville area at a later date. The place of interment will be at Greenwood Cemetery in Hayward, Wis.