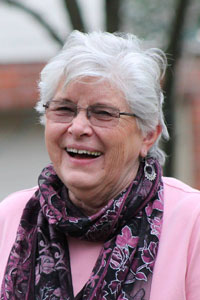 While perusing the online December 31, 2018, issue of the Fillmore County Journal, I read the commentary by Aaron Schwartzentruber in which he contends that interfaith dialogue compromises the Gospels of the New Testament, especially if dialogue is between Christians and Muslims.

My personal experience with interfaith dialogue began very early in life when, growing up in Fillmore County, I was a Catholic in a predominantly Protestant community. Our interfaith community was one of neighborliness and of the Beatitudes (Matthew 5:3-11). These formative experiences have been helpful in my interfaith dialogues with Muslims, Hindus, Jews, Zorastrians, and Baha’i. I’ve learned that meaningful interfaith dialogue is based on mutual respect, healthy curiosity, and sincere desire to learn and understand. It is not proselytizing. It does not condone, in any way, denigration of any faith tradition or followers. It is not a contest in righteousness, nor right vs wrong. In these days of Islamophobia, too little effort is made to become informed about Islam with sources other than mainstream media.

For anyone who chooses to move beyond ignorance and the fear that ensues, I suggest starting with What Everyone Needs to Know about Islam, an easily readable book by John Esposito, a Christian professor at Georgetown University. A source that specifically addresses the commonalities between Islam and Christianity is A Common Word, Muslims and Christians on Loving God and Neighbor, which is available as a book and online: www.acommonword.com. It has become part of religious studies curricula and has served as the basis for multiple international interfaith conferences to study and expand its content. It is enthusiastically endorsed by hundreds of religious and governmental leaders from every part of the globe. The foundational principle of “A Common Word” is that Muslims and Christians (and Jews) believe in the commandments: 1) Love of God and 2) Love of Neighbor (Mark 12:28-31; Matthew 22:35-39; Luke 10:25-27). Muslims and Christians (and Jews) share not only these two great commandments but also the same God. Yes, they worship the same God. These three monotheistic Abrahamic religions refer to God as Yahweh (Jews), Arabic name of Allah (Islam), and Trinitarian God (Christian). Jesus (Isa in Arabic) is among the greatest of prophets in Islam. Muslims, like Christians, believe in His virgin birth.

Understanding and respect are basic to promoting a more peaceful and less polarized world. Ignorance, fear, and hatred are divisive and antithetical to peace and goodwill; antithetical to authentic interfaith dialogue; and antithetical to shared teachings of love of God and neighbor. We can model the examples of the Archbishops of Canterbury, present and recent past, and Pope Francis who warmly welcome and respectfully dialogue with Muslims. They are living examples of Jesus’ teachings of love of neighbor. Our local women’s group of Christians and Muslims served as a springboard for encouraging interfaith dialogue in Muslim-majority countries to which women returned after having completed their studies at the University of Virginia. We had the privilege of participating in the Department of State Global Perspectives on Democracy program for professional women from Afghanistan. These women, upon learning of our experiences in interfaith dialogue, requested our group’s statements of mission and guidelines for dialogue to implement at home. When interfaith dialogue is based on respect and understanding, it can have far-reaching effects on building a more peaceful world community.

Mr. Swartzentruber might be interested to know that during the tragic days of Hitler, many Muslims risked their lives to save Jews of Europe. Just two examples of many: Muslims of Albania harbored and protected Jews to the extent that their numbers were significantly greater in post-WW II Albania. Sardari, the “Iranian Schindler,” issued Iranian passports from his consulate in Paris to help Jews escape the Nazism of Europe.

We have opportunities every day to be good disciples of Jesus’ gospels of love in the way we greet, welcome, and dialogue with others, including people who do not happen to share our particular faith tradition.