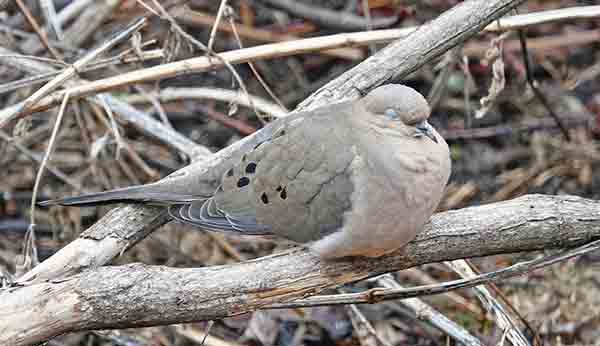 Have you ever wondered how many people collect matchbooks?

I have. I was curious for no apparent reason. It was one of those things that enters my mind as if it were a message sent from my home planet. I’d been working on my pocket knife collection. I have one in my vast collection — two if I could find the other one — when a matchbook grabbed one of my glittering thoughts.

Because I live in the days of instant edification, I planned on typing “matchbook collectors” into Google search. I had typed “match” when my attention was drawn elsewhere. A groundhog was eating dandelions on my lawn. If he kept eating them, I wouldn’t have much lawn left. The grass is never greener on the other side of the fence if I’m your neighbor. The woodchuck was mowing my whistle-pig pasture, performing a good deed in a weary world.

I don’t feed my lawn. I figure the squirrel, rabbit, deer, chipmunk and groundhog poop is enough fertilizer to make the grass of a short summer grow tall. Maybe Robert Frost wrote of summer and grass when he penned this, “Happiness makes up in height for what it lacks in length.”

As a boy, I was told a road could take me anywhere by people who wanted me to hit the road. I used a hand-pushed, engine-free reel mower then. I mowed two leagues each time, but that road didn’t take me out of the farmyard. In medieval England, a league was the distance a person could walk in one hour, which was three miles. Nautical miles are different, but I’ve rarely mowed underwater.

Alvin Straight was 73 years old and lacking a driver’s license when he drove a 1966 John Deere 240-261 miles at 5 mph (it had a 5-quart gas tank) from Laurens, Iowa, to Blue River, Wis., to see his ailing brother. After multiple breakdowns, Straight reached his destination in six weeks. His adventure was made into a movie, “The Straight Story.” Two years later, Straight rode 400 miles on a newer John Deere. Another fellow drove a lawn mower 439 miles across Utah. A different man traveled 4,040 miles in 66 days from Atlanta to Los Angeles (180 miles in one day) on a Yard-Man and another fellow covered 14,594.5 miles through 48 states, Canada and Mexico in 260 days while seated on a Kubota moving 9 mph and getting 14 miles per gallon.

A neighbor loved mowing because he could smoke while doing it. He might have measured life in pack-years. A pack-year describes how many cigarettes someone smoked in a lifetime, with a pack equal to 20 cigarettes. If he smoked a pack a day for 20 years or two packs a day for 10 years, he had 20 pack-years.

I’ve used a scythe and a sickle to cut weeds and fodder. I’ve used string trimmers and Swiss Army Knife-like gas-powered contraptions to cut grass, large weeds and small trees down so quickly I’d no time to say “Timber.”

I use a walk-behind mower that runs on gas. It’s a push-pull mower. I pull a rope to start it and I push it around. It hasn’t a single cupholder, no air conditioning and I haven’t been able to find the sound system package. I’ve named it Sisyphus and I push it uphill. Barn swallows fly along with me and my mower. They make “click-it” sounds as if ordering me to wear a seatbelt. The swallows, which have never been documented swallowing a single barn, love lawn mowers because the machines scare up flying insects (swallow food). I’m an old farm boy — six ears of sweet corn, a pound of butter and a push mower make me feel at home. A walk-behind mower offers a time for reflection and the gathering of insect bites.

If I decide I need to go to Blue River, Wis., after receiving a message from my home planet, I might push my grass cutter Sisyphus uphill the 200 miles to Blue River and mow a strip through any lawn I encounter on the way.

Maybe I’ll even cut the humidity.