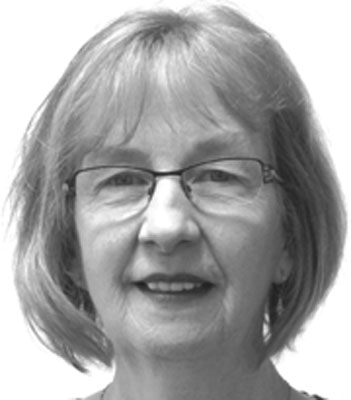 For the next several weeks we will be traveling on a journey that will take us far back into the history of Fillmore County, Minn. We begin our trek 3 1/2 miles northwest of beautiful Harmony, Minn. The year is 1855 and a family headed by Daniel Dayton has just arrived on the scene!

Only one year before their arrival the Dubuque-St. Paul Trail had been established and Harmony Township was chosen as a stop on the 272 mile-mail and stagecoach route. Thus the story begins of how a very ambitious immigrant took serious note of that situation and with the devoted support of his family, they made their mark in the history books of Fillmore County! As the Daniel Dayton saga unfolds you will be captivated by the sheer bravery, ambition, and tenacity exhibited by this interesting  pioneer family!

My good friend, “Flip” (Brian) Huggenvik who loves history, lives with his family in Big Spring and has taken on the monumental job of researching the Daniel Dayton family at the Fillmore County History Center in Fountain, Minn. He has spent countless hours on this project and his devotion to detail is reflected in his writing! Flip also wanted to recognize Sara Sturgis and Bretta Grabau of the History Center for all of their assistance as he worked through volumes of information!

So you can imagine my excitement when Flip contacted me and asked to share this fabulous story he authored! Thank you Flip! So with no further adieu, let’s begin to be entertained by a story like no other!

Daniel Dayton, born in Vermont in 1800, was #11 in a family of 14 children! Educated as a teacher, he taught in Vermont, New York, and Pennsylvania.

At age 23 Daniel moved to Canada to start a new teaching job. There he met and married Maribah Dunham and to that union six children were born: James, Jerusha, Zara, Emily, Aaron and Mary Clarissa.

Daniel loved the land and soon he and Maribah purchased a 200-acre farm. One would think that Daniel and his family planned on staying in Canada as he became a naturalized Canadian citizen in 1832.  However, in 1838 the Daytons returned to the United States, near Flint, Mich. It was there that Daniel became a circuit judge in Genesee County in 1839. In 1849 He ran for and was elected Representative of Genesee County.

Their family dynamics continued to change! Oldest son James was accidentally killed when he was eight years old. Daniel and his wife had their seventh child, Maria. Zara entered college and received his teaching degree and taught for two years in a school near Detroit. Emily also became a certified school teacher. Their oldest daughter, Jerusha met and married William B. Allen. She attended college in Prairie Du Chien.

Obviously, Daniel Dayton must have had wanderlust because next he decided to head west toward Iowa, and start farming there. He and his family stopped in Prairie Du Chien and lived there for a few years. But soon Daniel was restless again! To sum up that chapter of Daniel’s life, in his granddaughter’s words, De Orra Clair Dayton writes: “After my grandfather had lived in Michigan about 15 years, his pioneer blood began to stir him again, and he packed up some movable items, and with his wife and part of his family, started for Iowa to look for a home. My father, Zara, did not come with them as he was attending Cochran’s Commercial Institute, a business school in Detroit and wanted to get his diploma. In 1855 grandfather found a piece of land in Minnesota, made a claim, and brought on his family.”

They ended up near Harmony, Minn., a place called Big Spring. The claim Daniel made was on the stagecoach line between Dubuque and St. Paul… “The Brink and Walker Stage Line.”

De Orra Dayton writes: “My father (Zara) came in July. When he arrived in Big Spring, he found his assembled family near the road, waiting for him. Grandfather (Daniel) had built a sort of hut, made of slabs and blankets, with flat stones for a floor, on the hillside. And when it rained!!!”

All six Dayton kids made the trek up to Minnesota with their parents. The Daytons sold food and beverages to the stagecoach passengers.

De Orra continued to write about her family’s experience: “Next they built a log house, a 16-foot square, and a story and a half. Then my young uncle (Aaron) found a board somewhere, and with black paint; behold, the log house became a hotel, with a great long sign, advertising to the world that this was the ‘Ravine House.’ The furniture was home-made. The house was on the main road between Dubuque, Decorah, and St. Paul, and the stage went by every day.”

To be continued next week – so please, stay tuned!