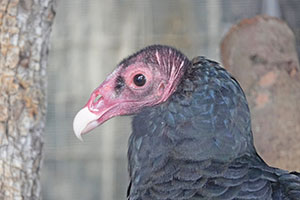 It had voluntarily chosen to leave the labor force.

The Swami has been indwelled by a spirit of divination and is a muse of unearthly clairvoyance. The Swami sees all, knows all and reveals all to those who proffer tribute. A gifted savant who within his psyche lie the limits of human understanding. As a fearless, feckless and foolish seer, he is without peer even though unreasonable zoning laws discouraging the ancient Roman practice of haruspicy (divining the future by examining the entrails of recently slaughtered beasts) hamper him. In an uncertain world, the Swami brings more uncertainty to light. Many have called him a bum seer and a purveyor of impaired prognostications, but his mother has called him “uncannily accurate.” Swami Davis Jr. is a reader of palms and tea leaves — taking an orange pekoe at the future. His crystal ball (a cracked bowling ball) is back from the shop after having its foreteller replaced.

“Swami Davis Jr., who illuminates the dark corners of our culture and whose knowledge is unsurpassed. Nostradamus was a flawed speculator in comparison. Oh, wise Swami, thou vessel of infinite wisdom, who is omniscient, omnipotent and omnipresent, tell me, your humble implorer, what the future holds,” I entreated, knowing that most of my future lies ahead. I’m atwitter with anticipation.

Swami is a cowboy who rounds up predictions. He sees into the future by turning his car’s rearview mirror backward, producing a Magic 8 Ball in the corner pocket. Even though he believes you can’t handle the sooth, here are his bold, yet intentionally vague, predictions for 2022.

The Butterfly Effect grants the power to cause a hurricane in China to a butterfly flapping its wings in Arizona. That butterfly will be identified and arrested.

The Chicago Cubs will suffer a rash of injuries after the ivy on the outfield wall of Wrigley Field was replaced with poison ivy.

All paid lobbyists will be required to wear bicycle shorts at all times. That will make the possibility of a zombie apocalypse less frightening.

Fox News and MSNBC will merge to offer a balanced look at the news. No one will watch.

The Squid Game will edge out the Vikings for the final playoff spot.

East is east and west is west except on cloudy days.

A group of concerned citizens will demand that Hawaiians not be allowed into this country and the law of gravity should be repealed so George Jetson won’t be the only one driving a flying car.

The United Shepherds Association will have staffing issues.

The extended warranty on your vehicle will be about to expire when some thoughtful person calls you just in time.

The US will honor Canada, by adding a “u” to make it “honour.”

Kerosene-flavored potato chips will fail to attract an audience.

The Justice of Pizza will hire the world’s leading nuclear physicist to create a nuclear-powered pizza oven.

You will not quit what you should quit because nobody loves a quitter.

Instant karma will continue to suffer from supply chain issues.

You won’t get a hippopotamus or lawn darts for Christmas

Leo Tolstoy said we can only know that we know nothing. This will cause you to work like a horse during the Year of the Tiger. You will get a big pay raise but blow it all on a McRib.

A nonstop flight out of Minneapolis will stay in the air for 365 days.

The future will be so bright you’ll squint. It’s a pie crust to be filled sweetly.

What went around will come around. Tomorrow will be another day – probably last Tuesday.