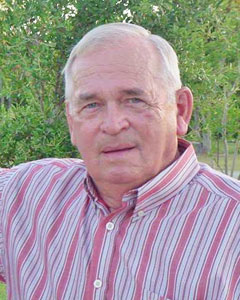 Hans Edward Torgerson, 81, of Lanesboro, passed away peacefully surrounded by family on August 15, 2019.

Hans was born on September 4, 1937, to Alvin and Selma (Tompte) Torgerson.  He graduated from Lanesboro High School in 1955.  In 1959 Hans married Janel Marie Solberg and they had four children together: Michelle Torgerson of Rusk, Tex., Mike (Raquel) Torgerson of Lanesboro, Lori Gilchrest of Rusk, Tex., and Lisa (Steve) Bronk of Kasson.

Hans started his career hauling cattle for the Lanesboro Sales Barn, which evolved into hauling sand and eventually into his own aggregate business.  In 1981 he moved his company to Texas and in the mid ‘80s he started working for Young Brothers in Mexia, Tex.  In 2011 he moved back to Minnesota and continued working in the same business for over five years.

He is preceded in death by his mother and father, and brother Darrell.