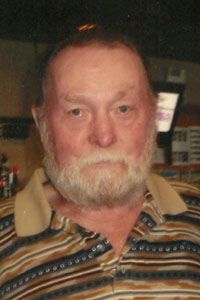 George “Sonny” Laumb, 79, of Rushford, died Friday, June 7, 2019, at his home. Sonny was born July 15, 1939, in Rushford, to George and Bernice (Thorud) Laumb. He attended Houston High School and served in the United States Army for three years. Sonny went on to farm and then worked 35 years for Woxland Plumbing of Rushford. He married Mary Taylor and later divorced. He later married Kathleen Dawn and they divorced. He was a lifetime member of the Rushford Veterans of Foreign Wars and a member of the American Legion Post 94. Sonny always loved gardening and bowling, but golf was his favorite pastime. He loved to golf and work at Ferndale Country Club. He also loved to open the Legion for his friends, of which he had many, where they came to play cards.

A celebration of Sonny’s life will be from 4-7 p.m. Thursday, June 13 at the Rushford American Legion. Burial will be in Minnesota State Veterans Cemetery in Preston on Friday, June 14. Please share a memory of Sonny and view his video tribute, when it becomes available at www.hofffuneral.com. George will be missed, always in our thoughts and forever in our hearts.