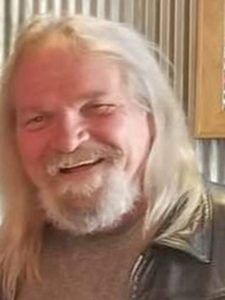 Gary Joe Smith was born in Preston, Minn., on August 13, 1957. He was a beloved husband, father, grandfather, stepfather, and step-grandfather. He grew up in the area and attended Wykoff High School. He had three sons: Benjamin, Jess and Ryan and one daughter, Lisa. He married Barb House on August 30, 2014.

Gary was an owner/operator of his own trucking company, Gary Smith Trucking, for a number of years. In later years, in need of a slower pace, he drove for the Amish. He and his wife Barb have resided in Harmony, Minn., for the last four years and in LeRoy, Minn., for the previous six. Gary enjoyed riding his motorcycle and refinishing and building guitars. He enjoyed being in his garage and working on whatever his current project was. He most enjoyed being in the company of his family and friends and you could see him visiting with them often.

He is preceded in death by his mother Mary Jo Smith and a brother, Michael Smith.

Survivors include his wife Barb House, his children Lisa (Guillermo IV) Aguiar and their children Cole, Jace, Lexi, Kian, Guillermo V, and Victoria of Nicaragua; his son Benjamin Finke and his children Kaitlyn and Blaine of Wykoff, Minn., his son Jess (Crystal) Smith and their children Alyssa, Jasmine and Dominic of Rochester, Minn., and his son Ryan (Crystal) Smith and their children Alexa, Xander and Zane of Chatfield, Minn. He is also survived by his stepchildren Travvis (Mary) Stayton and their children Savanah, Adriannah, Zachariah, Lauren, and Mariah; Jesse Stayton, Amanda Stayton, and Ben Stayton and his daughter CeCe. He is further survived by his father Everett Sr and his siblings Dale Smith, Gene Smith, Evelyn Leitz, Everett Smith, Betty Jo Seagreen and Piper Smith, many nieces, nephews, and friends.

The family would like to thank the Harmony ambulance and fire department for their care and support.

Family and friends are welcome at the Fillmore Free Methodist Church of Fillmore on Saturday, June 18 from 10-11 a.m. for a visitation and the funeral to follow at 11.  Burial will be in Fillmore Cemetery.  Hindt-Hudek Funeral Home of Preston is assisting the family.