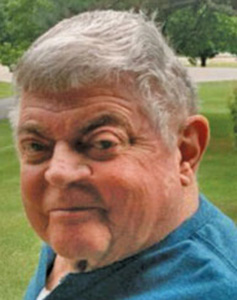 Gary was born November 15, 1948, in Decorah, Iowa, to George and Donna (Tollefsrud) Kruse. He graduated from Mabel High School, Mabel, Minn., in 1966 and attended Upper Iowa University. Gary married Eloise Norland on September 14, 1968, in Wiota, Wis. He farmed in Iowa and loved showing cattle at the state fair in the early 1960s.  They moved to St. Augusta, Minn., in 1986. Gary was a very talented craftsman, building numerous log buildings and homes in the area, where he was able to apply his eye for perfection and talent.  He was an outdoorsman, loved canoeing, fishing, hunting, water skiing, camping, bird watching, cars, tractors and motorcycles.  He was a member of Holy Cross Lutheran Church, St. Cloud, Minn.

He was preceded in death by his parents, and mother-in-law and father-in-law Donald and Iola Norland.

Due to the COVID-19 pandemic, services will be held at a later date.  Funeral arrangements were made by Benson Funeral Home, St. Cloud, Minn.