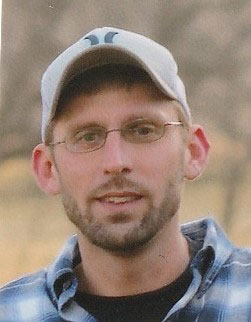 Garren was born on October 1, 1983, in Rochester, son of Terry Brusse and Sue Gehrking. He was raised in the Preston and Cherry Grove area where he lived most of his life and was a 2002 graduate of Fillmore Central High School.

Garren came into this world ready for adventure.  He was always ready to take on a challenge. Starting from a young age he was building ramps to jump his bike, and riding horses. As he got older he traded in the pedal bike for one with an engine.  Garren had many talents, from fixing his own vehicles to building his own home. He loved the outdoors, hunting, fishing, farming, grilling and ATV rides. He did many of these activities with his children, family and friends. He had a kind heart and could make anyone feel comfortable and welcome. Therefore his front porch was very rarely left without good company.

Garren was a father to two sons, Joseph Brusse and Jayden Reicks. He loved them and loved being their father. Although not children, he loved his dog Bella and his chickens as though they were.

Garren was preceded in death by his father Terri Brusse and Uncle Lowell Brusse.

Garren lived his life to the fullest. He will be missed every day. His memory will live forever in our hearts.

The service for Garren will be held October 9, 2021, at 11 a.m. at Cherry Grove United Methodist Church. The celebration of life will be held at the Long Branch in Granger following the burial. It will be open to anyone that wants to join. There will be a community picture board. The family encourages people who want to share pictures to bring them along and tag them on the board. Visitation will be held 4-7 p.m. on Friday, October 8, 2021, at the Hindt Funeral Home in Spring Valley.