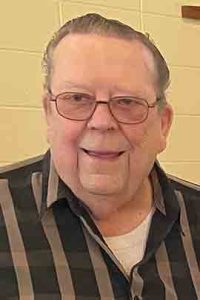 Forrest was born on July 8, 1944, to Andrew and Nina (Nelson) Folkedahl. He attended school at Mabel and Spring Grove through the 10th grade. After that, he joined the Army on July 20, 1966, and served for two years. He met the love of his life before he joined the service, and they were united in marriage on October 14, 1967. They lived in the Hesper-Mabel area their entire life and have resided at their current address since 1970.

Forrest had several jobs before working for Winneshiek County – Locust Shop as a road maintenance employee. He became the foreman of the crew and retired from that job in 2006 after 37.5 years for the county. He enjoyed fishing, camping, playing cards, trading and upgrading several vehicles during his lifetime, and especially going to car auctions with his father-in-law Andy Sollien. His greatest joy was his family, especially spending time with his grandchildren and three great-grandchildren. In his years after retirement, he took pride in keeping his lawn immaculate and his vehicles sparkling clean.