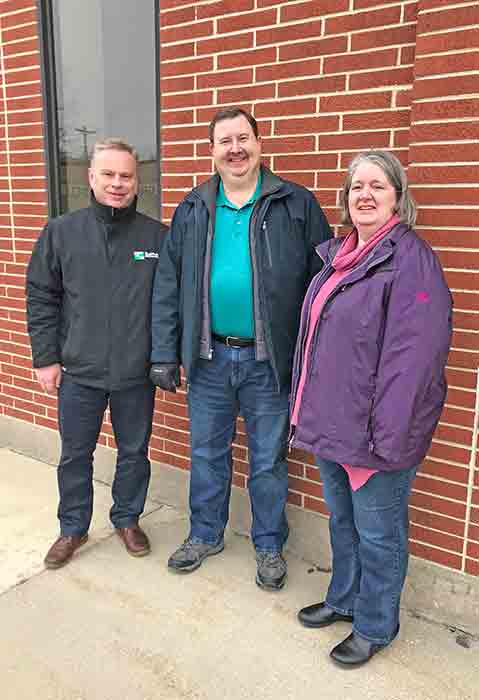 When Bremer Bank sent letters to their Houston customers in early January about their pending April 15 closure of their brick and mortar bank, it came as a complete surprise to many. Bremer Bank’s vice president of communications, Clarise Tushie, explained the move, “Like many others in the banking industry, we are seeing digital adoption accelerate throughout our footprint with more and more customers choosing to do their banking online, which has resulted in less foot traffic at certain locations.” She went on to say that the Houston branch employees had all been offered positions in other Bremer Bank locations in Winona or Onalaska.

According to Jim Roberton of Rushford State Bank, the opportunity to expand to Houston “sprung up really quick!” Roberton commented, “We’re always looking for growth opportunities — for us it was more of a case that we could meet the needs of the nearby Houston community. We pride ourselves in providing community banking; we need to match the wants of people coming into the bank with money in their pockets and seeing the tellers with the needs of the millennials who prefer to use online banking.” Rushford State Bank’s goal is to bring that blend of banking to Houston as they have in Rushford.

According to Roberton, the Rushford State Bank board had a “good meeting” in January to discuss the possibility of expanding to Houston. They felt having a building in Houston would show commitment to the community.

Executive Vice President/General Counsel Terry Chiglo contacted Bremer Bank in Houston and was put in contact with the correct people and learned that the building was for sale. Bremer Bank had put the building up for bids with letters of intent due in about a week.

The two banks now have a signed purchase agreement for the building. According to State Bank, the closing date for the purchase is April 30, 2022; State Bank is preparing to open as soon as possible in May pending regulatory approvals.

Staffing at the Houston location is still in development. Roberton shared that they need to “research the needs of Houston and see what works.”

This is the 155th year in the banking business for the Rushford State Bank and the Robertons. With an attitude that growth is a must in any business, Chiglo shared that the bank has grown from around 55 million to around 75 million in assets over the past few years.

State Bank will be holding meet and greets for customers in Houston over the next month. One such session was held February 17 at the American Legion; four more will be held on a weekly basis at Houston Manor, Assisted Living Center, J.T.’s Bar and Grill, and the community cCenter. Exact dates and times have not been set yet. Understanding that this is a transition time for customers that can be difficult, the bank encourages people to join them at the meet and greets to ask questions and get help with their banking needs.

Jim Roberton concluded by saying, “We understand loyalty and we feel well equipped to meet the needs of Houston.”

Chris Cox of Cox Hardware is very pleased to have a local bank again — a place to deposit money and get coins. “Without a bank, there’s a huge hole in the town,” Chris opined. She’s happy and excited that it’s local and more personable than a corporate bank.

Luke Meyer of JT’s Corner Bar and Grill shared that a lot of people are very relieved to have a bank in town and not have to travel to another town to bank.

Eric Hill of Root River Market commented, “We’re excited for the community to have a bank in town again. In addition, a bank across the street creates traffic for us. It’s great that Rushford State Bank has invested in Houston!”

School Superintendent Mary Morem is excited that Rushford State Bank is coming to Houston, “It’s always great for a community to have those essential businesses — a bank, a grocery store, hardware store, gas stations, etc.!”

City Administrator Michelle Quinn agreed that many businesses in Houston had expressed their concern about getting change and doing deposits. “It looks promising that we’ll have a bank in town which will turn everyone’s mind at ease. It’s a vital service for the community,” she stated. The city is already in the process of opening accounts with Rushford State Bank since it was designated the city’s official bank in January.

A Cenex employee succinctly summed it up, “We’re all glad — our town needs a bank!”