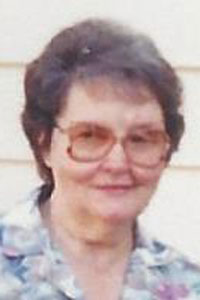 Elaine Bernice Lee (Johnson) was born to Benjamin and Esther Johnson on May 9, 1929, in Blair, Wis.

Elaine was an avid bowler in her youth and was on many bowling teams.  As she grew older, she would donate her time knitting caps for the sharing tree at Root River State Bank.  She has also been instrumental in translating several letters written in Norwegian which are now a part of Luther College’s collection.  She was a very strong and independent woman, living on her own up until her health began to wane this past April.  She was giving of her time and made many friends in Chatfield.  She will be missed by many.

She is preceded in death by her brother Olin and son Jeffrey.  She is survived by her grandchildren Denis and Heather Lee.