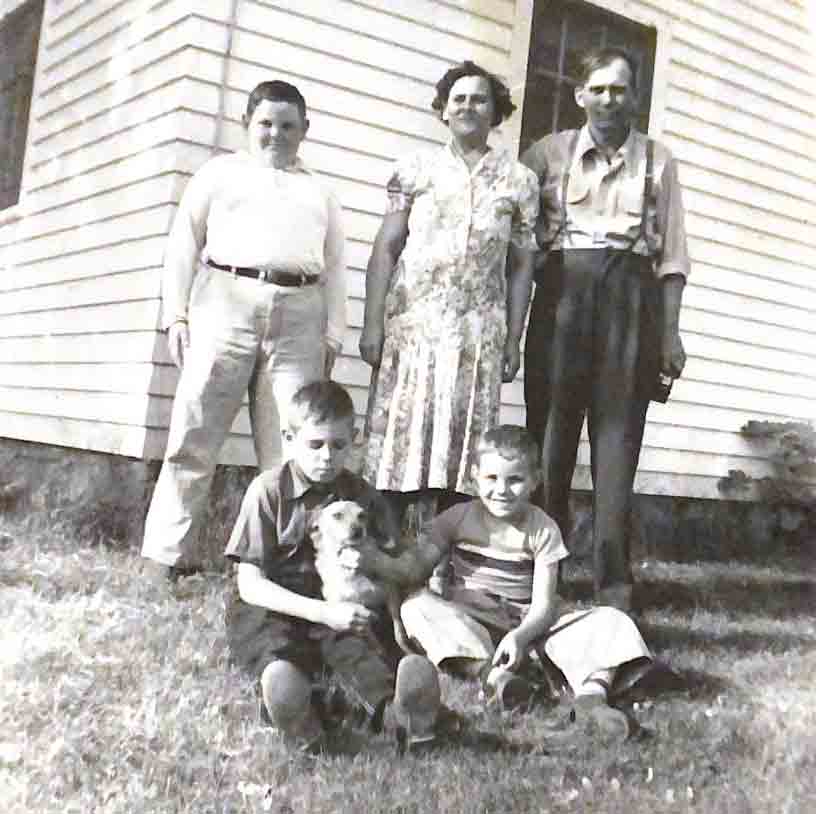 Each of the 78 Century Farms in Minnesota honored in 2022 by the State Fair and Farm Bureau Program has its own unique stories which have been  passed down through the generations.  The Eggerichs farm located in Bloomfield Township  is one of these family farms which proudly claims the “2022 Century Farm” title.

The Eggerichs Century Farm had its beginnings in 1910 by Hardin and  Anna  Eggerichs who purchased the original 80 acres.  A year later, Dale Haslam Eggerichs was born on the farm and 24 years later, as a young man built a second home on the homestead.  “In December of 1935 Dale purchased an additional 80 acres and 40 of those acres are still a part of the current farm,” comments Charles.

Eventually, the farm was passed on to Dale, then passed on to Charles Louis and the late Veron Dale Eggerichs and today, James Vernon, the son of Vernon and great-grandson of Hardin rents and farms the land.

“The people involved in the current farm are Judy Eggerichs, Jim Eggerichs, Marcia Tibbals and Charles Eggerichs.  Judy, Jim and Marcia live on farms and are currently active farmers,” states Charles Eggerichs, a retired federal government auditor, who filed all the paperwork.

The process Charles went through to be given the status of a Century Farm “was a very simple online form, where I had to gather all the correct information and paperwork on the farm,” he remarks.  “My parents had copies of the original deed and the records of the settlements, so I did not have too many difficulties finding all the needed documentation.“

An interesting fact is that the initial 80 acres was purchased for $50 per acre.  That was an amazing price considering what an acre of land sells for today.  The Eggerichs family is aware of two farm auctions, one in Fillmore County which sold for $15,000 an acre and one less than a mile south of Fillmore county went for $8,700 an acre.  The price of land has increased, leaving one to consider price increases farmers are able to receive for crops and livestock.

In an article written by Linda A. Cameron made available by the MN Historical Society and considered a reliable source states, “In Minnesota, the season-average price per bushel of corn rose from fifty-nine cents in 1914 to $1.30 in 1919. Wheat prices jumped from $1.05 per bushel to $2.34. The average price of hogs increased from $7.40 to $16.70 per hundred pounds, and the price of milk rose from $1.50 to $2.95 per hundred pounds.”  (www.minnpost.com/mnopedia/2018/01/minnesota-farmers-roaring-twenties-were-anything/)  Ask today’s farmer to compare the changes in prices.

Life on the farm seems to circle in extraordinary ways, magnified by the fact that the great-grandson of the original owner is farming it now.  Charles (Chuck) concludes, “This farm is extremely important to the Eggerichs family. We are fortunate to be one of the many Century Farms in Fillmore County.”