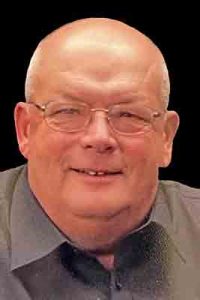 Earl Kinneberg entered the world on February 12, 1946, then provided love and laughs to friends and family until he died at home in Rochester on July 28, 2022. He was married to his Preston High School sweetheart, Diane, for 55 years and they had two sons. He enjoyed a life full of family activities and cherished time with his six grandchildren who were loved while also perplexed by Grandpa’s ability to “pull his thumb off.”

After school, Earl joined the U.S. Army and spent over a year in Vietnam earning two Purple Hearts among his many honors. He ultimately dedicated 33 years of service including spending his 21st birthday in Vietnam and his 50th birthday in Bosnia. His lifelong work ethic was infectious as Earl worked on the family farm as a child, was a rural mail carrier until retirement, and then enjoyed chauffeuring the bus for local sports teams to their games. He also continued to operate a newer storage facility business with his son.

Earl was blessed with numerous lifelong friends and thoroughly enjoyed fishing, hunting, and all of the story-filled camaraderie. Did you know that “it takes a big dog to weigh a ton”? He also truly embraced his time impacting lives in the community. He brought smiles and balloon animals to parade goers as a Masonic Merry Medic while also serving in a leadership position for the Military Order of the Purple Heart. He also was a past president of R.A.C.E., the local Corvette Club.

A memorial service will be held at Zumbro Lutheran Church in Rochester on Wednesday, August 3, 2022, at 11 a.m., with burial at Minnesota State Veterans Cemetery in Preston, Minn. Visitation is 4-6 p.m. on Tuesday, August 2, 2022, at Ranfranz & Vine Funeral Home, Rochester. In lieu of flowers, memorials to the Military Order of the Purple Heart Chapter 7110 or Zumbro Lutheran Church are welcomed.

Ranfranz and Vine Funeral Home is honored to be serving the Kinneberg family; to share a special memory or condolence please visit www.ranfranzandvinefh.com.