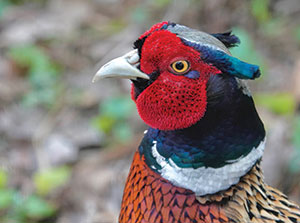 I didn’t have to herd cats.

My shirt had as many buttons as buttonholes and there were more hills than pills in my life. Those three things are wins in my book.

Life is made up of small victories. Here are more.

My pillow hadn’t had a restless night and my socks matched.

No one had unleashed the flying monkeys.

I dropped something on the kitchen floor and it didn’t roll under a heavy appliance.

I needed a cord to connect the whatchamacallit to the thingamabob and found it in the junk drawer without riling the sharp-edged beasties that inhabited that island of forgotten things.

With enough gravy, I could eat a charcoal briquette.

I added a long list of numbers and got the same answer five out of nine times.

Once again, there were no reported attacks on humans by goldfish living in a bowl.

Each day is driven by small victories. Vince Lombardi said, “Winning isn’t everything, it’s the only thing.” His losses were nearly as rare as rocking horse poop. He compiled a record of 98–30–4 with the Green Bay Packers.

Winning isn’t everything, but it’s not a bad thing. You don’t have to be Vince Lombardi to be a winner and you win more than you think unless your ego won’t fit into Target Field.

Minor triumphs abound. I found the shirt I wanted to wear. It was right where I’d hung it. I didn’t have to consult the authority in finding things in my family. That expert is my wife. I wanted to wear a sandwich board declaring, “Yes!”

When I had barely passed the ankle-biter stage, the older kids in the neighborhood asked me to join them in a spirited game of hide-and-seek. I walked to the cemetery and hid behind a large tombstone. Pigs flew. No one found me. I learned later that they hadn’t looked for me. I consider myself the reigning hide-and-seek champion of that cemetery.

Each day is a gift you can’t return.

We weren’t the Opossums, the team that plays dead at home and gets killed on the road. That squad always lost to the Pancakes, who had better batters. We were a good softball team that had a great year and decided to play a far remove from home in a 48-team double-elimination tournament. Our first game was against the Palm Springs Slinkys, which might not be its real name, a major team at the national level. Their players came from all over the country and used titanium bats (retail price $500-$800 per bat), which were soon outlawed because of the danger they presented to pitchers from high-speed hits. They cracked out home runs far enough a compass and a pack of bloodhounds were needed to retrieve the balls. I’d never seen a titanium bat. That was no excuse. They’d have whipped us like a rented mule had they been swinging wooden spoons. In the top of the first inning, they scored 10 runs. This year, the Twins were down 6 to 0 until the eighth inning. They scored seven runs in the final two innings to claim a 7 to 6 comeback win over the Kansas City Royals — or as a rabid fan of the Twins might put it, the hated Kansas City Royals. I hoped for a comeback triumph over the mighty juggernaut we played. The soundtrack from a sappy movie didn’t play in the background. We battled but lost by a mere 22 runs. I remember 22 because that was my uniform number. We won a bunch of games after the opening loss. Those wins meant we were one of two teams remaining from a field of 48, needing to win two games against the team that had beaten us by 22 runs earlier. It was going to be an incredible Cinderella story. This unknown team from a small town in Minnesota would come out of nowhere to win the whole enchilada. It was déjà vu all over again. We lost by only 17 runs this time. I remember the number because 17 wasn’t my uniform number. We had defeated a host of teams just to have the privilege of being throttled once again.

But it was a moral victory.