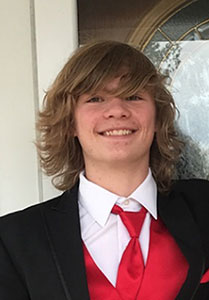 Dylan was born January 26, 2002, in Decorah, Iowa, to Daniel Delaney and Sarah Paul.  He grew up in Mabel and had attended Mabel-Canton Schools, where he enjoyed playing sports and being with his friends.  He enjoyed being outdoors, going camping with his grandma and grandpa, and hunting and fishing with grandpa Gary. He had a good heart and liked to help people out, and was good with little kids.