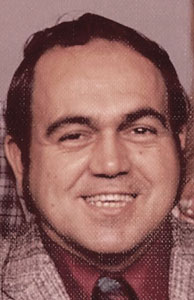 A walk-through visitation will be held at the Anderson Funeral and Cremation Services in Belvidere from 3-5 p.m. Thursday, February 11, 2021.

A second walk-through visitation will be held from 4-6 p.m. Friday, February 12 at the Fjelstul Funeral Home in Decorah, Iowa.

In consideration of concerns regarding COVID-19, wearing of a mask and social distancing is required.

Funeral services will be held at 11 a.m. Saturday, February 13, 2021, at Big Canoe Lutheran Church, rural Decorah, with the Pastor Leonard E. Liptack officiating. Visitation begins on Saturday at 10 a.m. at the church, one hour before the service. Burial will be in Big Canoe Lutheran Cemetery.

Duane was born September 28, 1936, in Decorah, Iowa, the son of Emmet and Myrtle (Sorenson) Jacobson.  Duane grew up on the family farm north of Decorah near Sattre.   He was baptized and confirmed at Big Canoe Lutheran Church and graduated from Decorah High School in 1955.

He was united in marriage with Wanda Lou Erickson November 21, 1956, at Scheie Lutheran Church, rural Mabel, Minn. They farmed on the Jacobson family farm until 1969 when they moved to Belvidere, Ill., where Duane was employed by the Chrysler Corporation.  Duane was critically injured at work in 1976. He returned to work approximately a year later and retired in 1999. He enjoyed fishing, playing cards, and visiting with friends and family. His whole life he was a good man, husband, father, friend, worker, supporting his family and helping many along the way.

He was preceded in death by his wife Wanda on April 7, 2011, his parents Emmet and Myrtle, stepfather Tom Philips, brother-in-law David Larson, and sister-in-law Mary Jacobson.

Online condolences may be made at www.fjelstul.com.