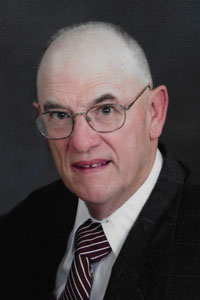 Dr. Robert W. “Bob” Acton, 81, of Preston, Minn., passed away on July 7, 2019, following a struggle with Alzheimer’s disease. Bob was born on March 29, 1938, in Yellow Springs, Ohio, son of Robert and Bertha (Warwick) Acton. Bob, affectionately called “Sonny” by family and Ohio friends, was the second of five children. Bob was united in marriage to Dollie Ritenour on June 17, 1960. Bob attended The Ohio State University on a full ride Merit Scholarship where he received his Bachelor’s and Master’s Degrees in Poultry Science. While earning his degrees, Bob worked for the Ohio Division of Wildlife raising pheasants in Urbana. He then went on to complete his Doctorate in Agricultural Economics at Purdue University. Bob’s first job after earning his doctorate was at FELCO in Fort Dodge, Iowa. After FELCO and Land O’ Lakes merged, Bob and Dollie moved with their four children to Fridley, Minn. After seven years with Land O’ Lakes, Bob took a job with the American Soybean Association as Chief Economist in St. Louis, Mo. He then was afforded an incredible opportunity by the U.S. Department of Agriculture in 1986 to go to Cameroon, Africa, to work with the Cameroonian Ministry of Agriculture on food inventory and distribution. After 3 1/2 years in Africa, he returned to teach agricultural economics at the University of Wisconsin in Platteville and, subsequently, as a self-employed computer consultant.  Bob served the Platteville community by being township chairman and being elected to the Grant County Board.  He and Dollie lived in Platteville until his retirement in 2008 when they moved back to settle in Preston, Minn., where he resided until his passing.

Bob will be remembered for his love of the outdoors, travel and camping with family and friends, tinkering and building things, and computer programming. He also enjoyed playing cards – especially euchre, square dancing or dancing the jitterbug with Dollie, telling stories to any and everyone, and building epic campfires. Being raised on a farm led Bob to a career in agriculture and a love of farming, and ultimately, brought him and Dollie to a 300-acre plot of land in Preston where his lasting legacy will be the old barn that he and Dollie spent three years converting into a home.

Visitation will be held from 9:30-11 a.m. on July 20, 2019, at Preston United Methodist Church in Preston, Minn., with a memorial service following at 11 a.m. Hindt-Hudek Funeral Home of Preston is in charge of arrangements.