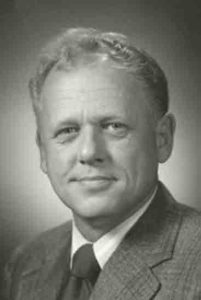 Don was born March 2, 1932, to Sigurd and Bergit (Aakhus) Heggland in Erskine, Minn. Don began schooling in a Polk County country school but eventually went on to graduate from Bemidji High School in 1950. In 1953, he was drafted into the U.S. Army where he served at Fort Leonard Wood and in Korea. Upon returning to the states Don eventually landed in Rochester to be near his sister and her family. His brother-in-law got him an interview at Mayo Clinic where he took a job under Dr. Earl Wood as a recording tech in the Medical Science Building. He remained at the Clinic for over 36 years.

After retiring, Don then volunteered at Channel One Food Bank for 24 years and was recognized for his efforts more than once. Most recently he was presented with a pin from Senator Amy Klobuchar.

Don was an avid hunter, fisherman, and lover of Minnesota sports. He had a beautiful voice and sang in the Rochester Male Chorus. He loved spoiling animals and his family and friends. He also enjoyed attending concerts and performances of his great-niece and great-nephew who shared his musical interests. Don was an active traveler. He visited many states and over 30 countries, a favorite trip being to the house in Norway where his father was born in 1891.

He is preceded in death by his parents and sister Lorrayne Patterson.

A celebration of life will be held at Bethel Lutheran Church on Saturday, December 10 at 1 p.m. Don will be laid to rest and honored at Minnesota State Veterans Cemetery in Preston, Minn., on Monday, December 12 at 1 p.m.

Memorial donations can be made to Paws and Claws or Channel One Food Bank of Rochester.