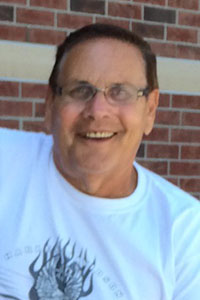 Donald James Besse, age 68, passed away peacefully at his home November 8, 2020, a very warm, beautiful day. He had undergone extensive cancer treatments for the past 2 1/2  years. He was born May 21, 1952, to Russell and Lorraine Besse in Caledonia, Minn. Don graduated from Caledonia High School and went on to attend Winona Technical College to become an auto body technician. May 6, 1972, Don married his childhood sweetheart, best friend, and the love of his life, Dorrie Leary, at St. John’s Catholic Church in Caledonia, Minn. They moved to Preston, Minn., shortly after they were married, where Don started working at Jerry’s Body Shop. Later he and his wife purchased the body shop and renamed the shop Preston Service Plus. They worked side by side together, growing their business for 30 years before selling it. They then built together two new businesses, Besse Mini Storage and Besse Auto Detailing in Preston, Minn.

Don was an active member in the Preston community. His friendly face was a welcome sight for both local people and strangers experiencing flat tires, out of gas, stuck in the snow, locked cars or involved in an accident. Don played Santa and rode on the fire truck to meet the children; painted the Army tank located at the trailhead for the American Legion and the VFW; displayed bicycles around town and for many years was a member of the Preston Trout Days committee. Don was caretaker of the Preston Trout Float and for years drove it to many of the local parades, representing Preston. He volunteered at his church and enjoyed calling Bingo on Sunday nights and at the fair.

Don had many hobbies and was passionate about all of them. He loved classic cars and owned several himself. His favorite was a 1964 Impala ragtop, the car he owned in high school while dating his wife Dorrie. Don also enjoyed taking his cars to car shows and on car cruises. He was a long-time member of the Bluff Country Cruisers. He was an avid fan of the stock car races at the local tracks in the area and for 12 years he drove his own stock car at the tracks. Don spent many Sunday afternoons at the go-cart track as pit crew for his son. He and his wife had motorcycles and took many adventures with their bikes. Some of the longer trips were to Sturgis, circling the State of Minnesota and twice they circled Lake Superior. He watched the NASCAR races on TV and attended several races and toured many of the tracks on the NASCAR circuit. Don loved camping with this family and traveled the United States extensively. He often bragged when a commercial or show came on TV, proclaiming, “I’ve been there and done that.” A great dancer, he could do the moves to any kind of music. In recent years, he found pleasure in spending time at their summer home in Lansing, Iowa, watching the river traffic, the trains and cars. He was also an artist and in recent years was designing and welding lawn art. He most enjoyed making lawn art that he could give to his wife.

Don will be most remembered by his family and friends for his warm smile, his friendly wave, his kind heart and thumbs up.

The family has planned a private burial and a family celebration of his life. Don cherished family gatherings.