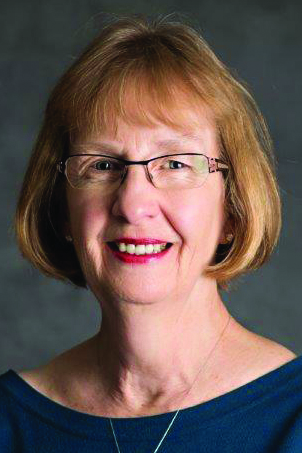 Dianne Kay (Drury) Ruud, 74, left to be with her Lord and Savior Jesus Christ, on February 18, 2021.  After fighting a courageous battle with ovarian cancer, she left this world surrounded by her loving family.  Dianne told her children that the hardest thing she has ever had to do was to leave both of them and her beautiful grandchildren.

Dianne was born on February 3, 1947, in Preston, Minn., the daughter of James and Lillian (Kingsbury) Drury.  She graduated from Preston High School and then attended Winona State University for two years.  During her later years in high school and following for a short time after, she worked at the drive-in in Preston, where she immensely enjoyed working with the public. This would prove to be a trend in her lifetime career path.

She married Julius Orville Ruud in 1967, and a short time later welcomed their two children, Jon and Jennifer.  She worked for a short time as the secretary at Christ Lutheran Church in Preston, before starting her lifetime career of 37 years as a teller at F&M Community Bank in Preston.  She also owned and operated a popcorn stand near main street, “The Old Maid.”  It was here that she spent idle time between waiting on customers, wondering about the history and memories that the town of Preston held.

Simultaneously, she wrote a weekly column of local news for the Preston Republican for a number of years.  She followed them through name and owner changes before finally discovering her true passion of writing a weekly history column for the Fillmore County Journal.

It was through this endeavor that she uncovered her true passion of researching the history of Preston and surrounding communities, connecting countless generations through the history and memories of the area.  Dianne was passionate about her community and loved staying connected to everyone, past and present, through her column.

Her greatest pride and joy in life, after her children, were her grandchildren.  She traveled to countless basketball games to cheer on her grandsons and loved nothing more than welcoming weekend visits, watching them play in the playhouse she had also enjoyed as a child.  Her front porch was always open for a visit, where she enjoyed many local friends and family members, at any chance.  She loved to garden and looked forward to each spring when a blanket of bluebells would cover her front lawn, reminding us of new life.

Memorial services will be held this spring in Preston, Minn., with a burial to follow at Crown Hill Cemetery.  In lieu of flowers, the family is asking for memorials to Our Lady of Peace, 2076 St Anthony Ave, St. Paul, Minn. 55104, for the loving and dignified care she received, during her final days.