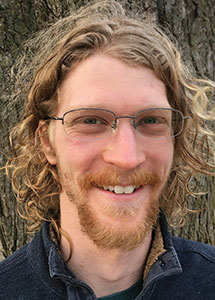 What? A town hall? If you were driving along Highway 16 on the east side of Spring Valley between 10–11 on the morning of Saturday the 25th of January, you’d have passed right by the Honorable U.S. Representative Jim Hagedorn’s taxpayer funded tow hall meeting. You wouldn’t have seen a sign directing you nor welcoming you in. You wouldn’t have found any obvious signs at the front of the building to suggest that just inside the door stood your U.S. Representative, taking questions from a fishbowl with a total of maybe 30 people in attendance (only 15-20 of whom were from Fillmore County). It felt a bit as though our Representative wanted a town hall without wanting many people in attendance.

As mysterious as these circumstances are to me, the town hall itself was even more bizarre. Firstly, for the hour that was designated for the town hall, the first half-hour was a monologue. Don’t get me wrong, I fully expect some monologue or update from the Capitol, but the time it took before any questions were gotten to was disheartening to say the least. After all, I had a question I very much wanted to ask, and this was the best chance, because a town hall is the type of event where our U.S. Representative is supposed to get feedback/questions from locals.

One major point that stuck out for me at the town hall was brought about by a woman asking about SNAP and the real possibility of children getting kicked off hot lunch at school. Rep. Hagedorn said, “People have problems financially, we get that. We don’t want anyone to starve, we don’t want anybody to live in the cold. We do everything we can. But we also want to be fair to the taxpayers to make that happen.” The woman replied, “But children cannot work.” Seemingly not understanding her point, Rep. Hagedorn responded with, “Children aren’t required to work, ma’am. They’re exempt.” Again, totally missing the point that it’s the children who would suffer if their parents can’t afford to pay for school lunch. The woman wasn’t satisfied with his answer and said, “But they’re going to get kicked off hot lunch.” Then came the really odd moment, in my perspective, about the whole exchange. Rep. Hagedorn stated next, “So, like I said, there are very generous people in this district. The Hormel Corporation went in and paid for the hot lunch, the back moneys that were owed in Austin and several other cities where they had operations.”

Let’s think about this for a moment. Representative Hagedorn acknowledges here that people in our district cannot always afford school lunches; that there are shortfalls. I followed up with a question to him, “But why should they have to be the ones to help people?” His dismissive response was “People should fend for themselves.”

Food insecurity is a real issue in Fillmore County and across the first Congressional District. But in this conversation with our U.S. Representative, we were talking about food insecurity of children in school. That. Should. Not. Happen. How do you feel about it?

I spoke with Representative Hagedorn after the meeting. It was cordial. I shook his hand and thanked him for coming. But I did have to ask about his comments about Hormel. “If Hormel, a private company, has to assist in helping pay off money owed for children’s school lunch accounts, doesn’t that mean there’s a shortfall, and that more funding is needed, not less?” He responded with, “There are a thousand reasons why people don’t pay their bills.” Really? What is he thinking? That we in Fillmore County don’t prioritize our children? Or that if we legitimately have a thousand reasons not to pay bills, his answer is to cut our children’s lunch accounts? If the latter, cutting this critical social safety net will exacerbate the problem and directly punish children. I’m genuinely flabbergasted.

A parting thought: there are more split ticket voters in Fillmore County than the 1,300 votes Hagedorn won by in the entire First Congressional District. I expected more from my U.S. Representative. I did not expect him to seemingly defend children’s hunger in school. I wonder, now: What would Dan Feehan do?