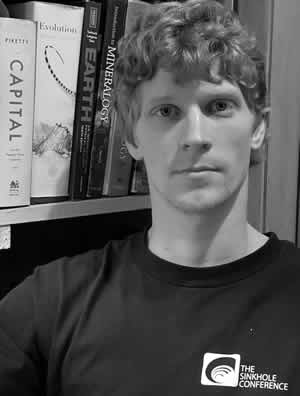 It seems I need to address myths and misconceptions about climate change. Again.

Mythconception #7: A 1922 Washington Post article stated: ‘If the warming trend continues, many coastal cities worldwide will be uninhabitable’.

This quote was not in the Washington Post article as stated by Jeff Erding in a recent FCJ article, nor would the claim be true, because the original 1922 Monthly Weather Review (the Washington Post citation) referred to sea ice. Neither sea nor oceanic ice contributes to sea level rise. Scientists have known this long before 1922. This concept is illustrated by ice in a glass of water. The level of water remains the same before and after the ice melts. Glacial ice coming from landmasses contributes to sea level rise, not sea ice.

Mythconception #8: “One hundred percent of scientists who want to stay on the government gravy train of grant money will say they believe in climate change.”

Two points to address. First, climate change isn’t a belief system. It’s the cumulative effects of global warming resulting from increased greenhouse gases in our finite atmosphere. Carbon dioxide emissions allow more water vapor to be trapped in the atmosphere and are therefore the driving forces behind climate change. Even the U.S. military acknowledges and recognizes climate change as a major destabilizer of regions adversely affected by new and often extreme weather patterns. U.S. servicemen and women deal with the effects of climate change often, at home and abroad.

Second, there is no “government gravy train” for climate change research. According to the Office of Budget and Management, from 1993-2017, $154 billion was spent on climate change programs. However, the U.S. Government Accountability Office found of six agencies it studied that 94% of the funding went to nuclear power programs and technology; that means it was not going to scientists researching the past, present, or future conditions and hazards that climate change poses. Climate scientists (including geologists) would likely fare better working in the private sector instead of having to beg for grant money. Grant writing is arduous and time-consuming, nor accompanied by any guarantee of funding.

The U.S. Department of Defense has deemed climate change a national security threat. In January of 2019, the Department of Defense provided a 22-page report concluding: “About two-thirds of the 79 installations addressed in this report are vulnerable to current or future recurrent flooding and more than one-half are vulnerable to current or future drought. About one-half are vulnerable to wildfires…. In a few instances, locations considered not currently vulnerable were deemed to be vulnerable in the future…. It is relevant to point out that “future” in this analysis means only 20 years in the future.” –Report on Effects of a Changing Climate to the Department of Defense 2019  Former Defense Secretary James Mattis stated: “I agree that the effects of a changing climate — such as increased maritime access to the Arctic, rising sea levels, desertification, among others — impact our security situation.”

In March 2019 the Government Accountability Office issued an annual High-Risk Series report emphasizing areas the United States government can improve economically. Their chapter titled: “Limiting the Federal Government’s Fiscal Exposure by Better Managing Climate Change Risks” consists of measures the U.S. Government is failing with regard to climate change resiliency programs, focusing particularly on disaster relief and USDA insurance programs. In summary, due to a lack of preparation for climate change now, we may experience major financial shortfalls in the future.

I am proud our U.S. military bravely stands and vocally recognizes the legitimacy of the world’s climate scientists and their research. If neither the scientific community’s research nor the United States military’s published warnings of climate change convince you of human-caused climate change I’m unsure what will. I applaud everyone else who has decided to face the reality no matter how unwelcome it is.

I request the Fillmore County Journal cease allowing climate deniers a platform to invent or repost misinformation that misguides the public. Opinion is one thing. Fabrications is another. We may expect such nonsense on Facebook, but we must hold our local newspapers to a higher standard. It shouldn’t become a conduit for fake news, or “alternative facts”.