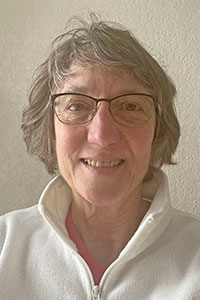 In the Gospel of Luke, chapter 5 begins with a story about Jesus trying to teach the people while standing on the shore of Lake Gennesaret (which is also known as the Sea of Galilee).  The people crowd closer and closer until Jesus finally hops in a boat and asks the owner to put out a little way from the shore.  Simon (who eventually Jesus renames ‘Peter’) complies and Jesus teaches the people from the comfort of the boat.  Imagine having so many people SO excited to hear your message that they crowd you right into the water!  It would be any pastor’s dream!

Luke, however, doesn’t tell us what Jesus’ lesson was on that day.  We have no idea what wisdom he imparted, what sins he might have decried, … Luke didn’t record that.  What Luke tells us instead is what happened AFTER Jesus spoke.  When he finished teaching, Jesus told Simon to “Row out farther, into the deep water, and drop your nets for a catch.” (Luke 5:4) Simon, along with his business partners James and John, had been fishing all night and hadn’t caught a thing.  I know fishing in Minnesota is an enjoyable pastime, and many times the fun comes just from being out on the water with your friends.  But for Simon, James, and John, not catching any fish meant not making any money, not being able to feed the family, and not having a fun time.  Now, this roaming teacher – whom they believe obviously knows nothing about fishing – tells them to put out into deep water.  He wants them to row to the middle of the lake after an already long day of frustration and throw out the nets.  Good grief.  Simon responds to Jesus: “Master, we’ve worked hard all night and caught nothing. But because you say so, I’ll drop the nets.”  They put out the nets and immediately caught so many fish the nets began to split.  They filled Simon’s boat, then called some partners to bring their boat over and filled it, too!  Simon recognized that this was no roaming teacher – this man was SPECIAL.  He knelt and honored Jesus right there in the boat.

This story is about catching fish on one level.  On another level, this story tells us about trusting God.  We live our lives day by day, doing the same things, talking to the same people, listening to the same news anchors give the same old news.  What might happen if we did something differently?  What if we wake up tomorrow and pray for God to show us the way GOD wants us to live?  With whom does God want us to talk that day?  What does God need us to say?  How can we work with God to do what needs to be done for God’s plan?

Trying something new might seem to us like rowing out into deep water seemed to Simon and his partners that day: too much work, pointless, and slightly dangerous (life jackets hadn’t been invented yet).  But they did it because Jesus said to do it.  Something about this man inspired their trust and respect.  They had just listened to Jesus teach – have WE listened to Jesus lately?  They had spent time in his presence – have WE spent time with Jesus recently?  In this new year, let’s all spend some time with Jesus, listening and reading his teachings.  Then, when we feel His nudge, let’s put out into deep water and do some great work with God.