Just me and a multi-millionaire in my compact rental car. His horse had once pulled off a Triple Crown upset. Wish I had asked him more.

After last week’s introduction to this column, I did not expect to begin a nearly seven-decade remembrance of spectating with a sport about which I know little and with which I have little experience – horse racing.  I have enjoyed a few days at the racetrack but far fewer days than watching baseball, basketball, soccer, volleyball, softball or football. But then again, the Kentucky Derby just ran on September 5 – due to the pandemic, four months later than usual.

My afternoons at the track did not involve anything as prestigious as the Derby or the other two Triple Crown races, but I do remember one family-related Triple Crown victory.

There were not many tracks during my youth, certainly none near my hometown in Texas. But television made the three Triple Crown races an annual viewing event. My earliest memory, at age seven, was an upset win by longshot Dark Star in the 1953 Derby.

Decades later, the “sport of kings” only draws my attention when three-year-old thoroughbreds vie for Triple Crown laurels. It is a new cast of equine competitors each year – no continuity like following your favorite team or golfer year after year.

The Derby in Louisville is usually the first Saturday in May. The Preakness in Baltimore follows two weeks later before the finale – the Belmont Stakes in New York. But in this pandemic-adjusted sports season, the usual third race (Belmont) was first on June 20, the usual first race (Derby) second, and the usual second race (Preakness) running October 3.  It is the first time since 1931 for the races to be run in an altered order and the first time for the Belmont Stakes to run first.

One horse winning all three within five weeks has been referred to as one of the most elusive achievements in sports. In the 145 years during which all three races have been in existence the same season, only 13 horses have accomplished the feat.

However, during one 19-year stretch, there was an average of one Triple Crown winner every two and a half years. But then – it was 25 years before Secretariat captured the Crown in 1973. There were back-to-back triple triumphs in 1977 (Seattle Slew) and 1978 (Affirmed) before a 37-year drought was snapped in 2015 (American Pharoah). Justify was the most recent winner in 2018.

Excitement runs highest when a horse wins both the Derby and the Preakness with a shot at history in the Belmont. That excitement was squelched this year when Belmont winner Tiz the Law was upset in the Derby. Thus, the October 3 Preakness cannot provide a Triple Crown triumph in 2020.

I expect I am a rare neutral observer who roots against a possible Triple Crown winner. I prefer exclusivity. Seeing history made in person would create quite a memory. But watching on television? When a horse wins the first two legs, my excitement builds, too. But I want to see an upset.

His best horse, Amberoid, won the 1966 Wood Memorial and was next a Triple Crown entry. Kuaui King took the Derby and the Preakness, his fourth finish ahead of Amberoid. Would Kuaui King snap an 18-year drought and be only the ninth in 91 years to win all three races? On to the Belmont.

Amberoid had finished seventh at Churchill Downs and third at the Preakness.  Amberoid usually came from behind; the final Belmont was the longest Triple Crown race at a mile and a half. Even in my horseracing ignorance, I figured his best chance would be at that longest distance. Kuai King led around the final turn, but he would finish third. Amberoid won by two lengths.

I met Amberoid’s owner only once. Reginald Webster graciously accepted a ride from the Denver airport in my compact rental car. Wish I could ask him again about that day with Amberoid. 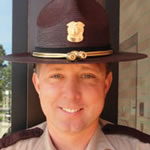 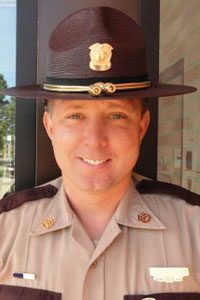