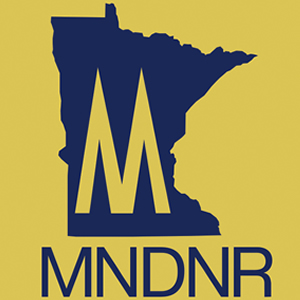 Rushford landowner Richard Anderson is frustrated with consistent, repetitive, chronic, and increasingly more flagrant trespassing by hunters on his private property and is working to make a change in trespassing laws. After conversations with his neighbor Bob Wick who has similar concerns, and reading a letter to the editor and interview in the Outdoor News with Mark Strehlow who owns hunting land in the Detroit Lakes area, Richard joined forces with the other two men to try to make a difference, by pushing for a change in the Minnesota trespassing laws. All three of the men are themselves hunters; they allow others to hunt on their land with their permission; their frustration is with trespassers.

As the men began their work, a conference call was held with Mitch Boyum, a conservation officer from the DNR, as well as other interested parties to discuss the current trespassing laws and possible changes that could be proposed. They were reminded that in changing trespassing laws, you affect ginseng hunters, fishing, shed hunters, and possibly boating — not only hunting.

Current Minnesota trespassing laws put the onus of enforcement on the landowner. In order to post their land, owners must post signs every 1,000 feet; every 500 feet in wooded areas and at the corners of their land. A sight line is needed to the no trespassing signs; sight lines can vary based on the season of the year and foliage. The law stipulates the font size, owners’ names must be included, and the land must be posted each year.

Anderson wryly commented, “I’d like to take some of those guys (legislators) along posting; it’s hard on side hills with one foot a foot-and-a-half lower than the other!”

Some trespassers pull down those signs, and then later others are able to claim the land wasn’t posted. Landowners are expected to purchase all the signs and spend their time and labor to post the signs each year. “I’m paying taxes and insurance on my land; I need to have control over it,” Anderson declared. Landowners are advised by the DNR to keep dated records of the posting of their land.

Average trespassing fines under the current Minnesota law run around $200 with the possibility of losing your license for a year; after a year it is removed from the record. The landowner has to push the situation. Often the trespasser is a friend or relative of a neighbor, which makes the situation uncomfortable. It is considered a civil offense, not criminal. Strehlow repeated a conversation he’d had with a DNR conservation officer. The CO said that in his career there had been only three cases that were upheld in court. He said he ends up interviewing and quizzing the landowners more than the trespassers.

Trespassing by hunters has gotten much worse recently, especially this year according to Anderson. With COVID, people are trying to get outside more. The public hunting areas get more congested, and people are looking for other land to hunt on. Anderson reported that landowners have had cameras stolen, shot at, and have even had the cameras’ memories erased and cameras turned off by trespassers. Anderson noted that a friend had actually had a trespasser go into his hut and gut their deer there.

Bob Wick said trespassing on his property increased immensely once neighboring land was sold to the DNR. Hunters have stood on the property line and shot into his posted land to harvest deer.

Strehlow also said more trespassing issues became more prevalent when the neighboring landowner sold his property to new owners. He’s had trespassers ride four-wheelers onto his property while he was in his turkey blind. When he came out and confronted them, they said they were curious to see how close they could get to his decoys, having thought they were live turkeys!

Strehlow recounted another event in which a father and son were hunting from Strehlow’s tree stand on his posted property. “What ethics was he teaching his kid?” Strehlow queried.

In yet another instance, hunters had set a ground blind near his property with the only window facing his posted property. Uphill from that blind was one of Strehlow’s stands — the hunters could have easily shot Strehlow in his stand.

Strehlow was surprised by the number of people who had reached out to him after he was interviewed by Outdoor News saying they had similar experiences.

Anderson shared that Wick and he were in contact with Greg Davids and Jeremy Miller’s offices as well as the Farm Bureau. Strehlow is also working with his local legislators, Mary Kiffmeyer and Carrie Rudd. The men have been encouraged to get together with advisors to help write the language in any bills. The men hope Davids and Miller will introduce the bill in the legislature. They have been advised that in order for the bill to have a chance with Governor Walz, they need the support of the DNR as well.

COVID has slowed the work everywhere; some items have been put on the back burner. “We’re trying to work on this as a bunch of amateurs, but we’re savvy,” Anderson commented. “We’re trying to do what is right for landowners.”

As Anderson researched trespassing laws in other states, he found that North Dakota currently has a trial of a new database on the Fish and Game website. On the site, landowners can mark parcels of land they own as no trespassing, open, or open with permission. The site provides the name, phone number, and other contact information of the landowners.

Both landowners and hunters alike appreciate the site. The landowners can easily “post” their land using the site; the onus is then on the hunters to be aware of where they are and how the land has been posted. The hunters like having the contact information for the owners readily available.

According to Anderson, he currently uses an app on his phone called Onyx, which provides hunters with the property lines and borders of land by tying in with county plat maps which show the property owners. Having a database like North Dakota is using would be an improvement by supplying the owner’s contact information as well.

Wick compared trespassing laws in North Dakota, Wisconsin, Colorado, and Iowa to the current Minnesota laws. In none of the other states are the landowners required to post their property. He pointed out that in Colorado, a state in which he hunts elk, all the landowner has to do for prosecution of trespassers is to say that they had indeed trespassed. People caught trespassing there can be subject to over $10,000 fines and one- to five-year suspension of their licenses in both Colorado and their home states.  The consequences in Minnesota are much less.

In working toward new trespassing laws, Anderson, Wick, and Strehlow are looking to put some of the responsibility on the trespassers rather than just on the landowners. They want hunters to be aware of where they are and if they actually have permission to hunt there. They are asking for stiffer, more enforceable penalties for trespassers, particularly the repetitive trespassers. While right now trespassers simply have to say they didn’t see the sign, they want hunters to know that if they get caught trespassing, they are going to have to pay for it.

“We want YOU to know where you are!” Anderson concluded. He added, “I’m still going to post my land, but I don’t want the onus on me only.” The men encourage all concerned landowners to call their legislators and let them know how they feel about changing Minnesota’s  trespassing laws. They have a recently created Facebook page which you can join as well at MN Trespassing Law—Page for Change.