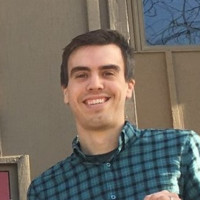 Rightfully so, Dan Feehan has made healthcare a priority in his campaign to unseat Jim Hagedorn as representative for Minnesota’s 1st congressional district. Disappointingly so, he is touting the same-old tepid healthcare reform we’ve been hearing from mainstream democrats for years. On his website under the heading, “Making healthcare and prescription drugs affordable,” Feehan states that he rejects all money from prescription drug companies and health insurers, which is admirable. However, he also states this debunked talking point: “For people who like their current private coverage — they must always be able to keep it.” Those who paid attention to the Democratic primary this spring might recognize this as similar to the “Medicare for All Who Want It” idea Pete Buttigieg touted as the choice-retaining, fiscally-responsible way to expand healthcare. However, Mr. Buttigieg’s ideas on healthcare were woefully inadequate and unfortunately, so are Mr. Feehan’s. While it has always been based on a false premise, the coronavirus pandemic has blown away the idea that “people who like their current private coverage must always be able to keep it.” The majority of people who have health insurance in this country get it through their employer. And because the employer-employee relationship in America is inherently tenuous, your employer-based health coverage can always end at any moment. If you change jobs, if you are laid-off, or if your employer simply decides to stop offering health benefits, your coverage ends, whether you liked that coverage or not. Data show over 40 million people have lost their jobs so far due to the pandemic. A report from the Kaiser Family Foundation in May estimated that 27 million people have lost health insurance as a result. I wonder how many of those people liked their coverage and would have preferred to keep it? While most people who lost coverage would qualify for a subsidized backup plan, reports estimate upwards of seven million would not. Even if someone does qualify for a backup plan, they’re subject to a mess of convoluted regulations, and whether they qualify depends on the rules in their state, their income and the date they apply. For Dan Feehan to still tout the “if you like your current coverage you can keep it” gimmick, especially during this crisis, is unacceptable. The real solution to our country’s ongoing healthcare crisis is Medicare for All. Even before the pandemic hit, more than 30 million Americans didn’t have health insurance and even more were underinsured. Even with insurance, millions of people delay care or avoid going to the doctor outright due to the high cost of care. Tens of thousands of avoidable deaths occur every year because of these conditions. Platitudes about “affordability” and “accessibility” aside, the only way to provide truly universal coverage to everyone in this country is by taking the profit motive out of healthcare entirely and replacing the bloated, disastrous private insurance industry with a free-at-point-of-service, single-payer national health insurance program. Politicians question (disingenuously) how we would pay for a program as expansive as Medicare for All. Estimates have put the price tag at around $30 trillion over 10 years. That may seem like a lot, but consider this: Under our current system, America is on track to spend roughly $52 trillion on health care in the next decade. Additionally, we’ve given somewhere between $20-$35 trillion in bailouts to corporations since the 2008 financial crisis, while cutting taxes for the 1% in the process. Not only do we as a country have the money to pay for Medicare for All, the plan actually more than pays for itself compared to what we’ll spend on healthcare if we do nothing. And when you account for the lives that would be saved in a nation no longer afraid to go to the doctor because of the high cost, it’s not only a no-brainer — it’s a moral imperative. Our leaders just need to have the political will and courage to make it happen. Unfortunately for Southern Minnesota, our blue candidate appears to lack the will and courage to advocate for truly meaningful change in the face of the biggest healthcare crisis this country has seen in a century. We should expect better.