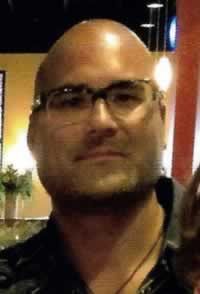 He was born April 3, 1980, in Rochester, Minn., to Jonathan Lee Davids and Debra Kay (Anderson) Davids. He attended and graduated from Mayo High School in 1998 and continued his education at Rochester Community College. On May 31, 2003 he was united in marriage to Heather Kelsey at her parents home in Richland Center, Wis. After their marriage they made their home in Kansas City, Kans., later moving to Kansas City, Mo., where they owned and operated an upscale resale clothing store. Chris also had worked for FedEx and UPS.  Chris loved fishing with his family, watching his daughter Madelyn ride horses and daughter Marli play soccer.  Chris was active in football, baseball and wrestling in high school. He loved the Lord and was active with the church softball team. Most of all, Chris enjoyed spending time with his family, especially his girls, Madelyn and Marli.

He is survived by his wife, Heather Davids of Greenwood, Mo., daughters Madelyn and Marli Davids, mother Debra Davids of Rochester, Minn., and brother Matthew (Kimberly)  Davids and their son Ethan of Eudora, Kans. He was preceded in death by his father, Jonathan Lee Davids and his grandparents.

Services were held 11 a.m. Saturday, May 13, 2017, at Autumn Ridge Church – Timothy Chapel in Rochester, Minn., with urn burial taking place at Grandview Memorial Gardens in Rochester. Visitation was held from 10 a.m. until time of service at the church.

ln lieu of flowers memorials are preferred to the family.  Condolences may be left at www.Hindtfuneralhomes.com.