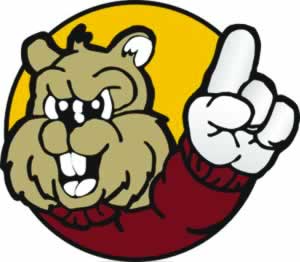 A.D. Schindler updated the board on the changes in athletics necessary because of COVID. With other fall sports cancelled, 50 students went out for cross country this year. Since MSHL restrictions required only three teams at meets, Chatfield hosted three home meets, thanks to the cooperation of the golf course.There will be no state competition this year for cross country — only section.

With the recent readdition of fall football and volleyball, new schedules were necessary. Volleyball is only permitted two games per week; no fans are permitted to attend. All levels of volleyball will be streamed using CCTV; links will be on the host school webpages. Chatfield will be streaming football games as well; some schools may not be able to stream games played at different locations.

Players will not be switching sides at volleyball games. Schindler told of the difficulties in finding enough officials and bus drivers. Games are being scheduled two weeks out on various days of the week and changes are often made. When JH is away, varsity, JV and ninth graders are home to save on busing.

Schindler wryly observed, “The good news is we are overflowing with volunteers!” Parents who have volunteered to help are each going to be at two home games as “essential workers” at the game.

Football will have a six game schedule. With a maximum of 250 people attending the games, each varsity player will be allowed to purchase two tickets to the games. Seniors got the next chance, followed by juniors to purchase tickets. Fans from teams are to be kept separate. As a result, the stands will have a rope at the 50-yard line with Chatfield fans staying on the east side and guests on the west.

Buses for the sports will have seating charts to assist in COVID tracing if it were to become necessary. No state tournaments will be held this year for volleyball or football. All winter sports will be shortened by three weeks.

Dance competitions will have only three teams at a time; getting judges will be difficult since most judges are from the Cities.

Schindler asked, “Please be patient — it’s been a challenge!”

High school Principal Randy Paulson proudly reported on the enrollment in the advanced manufacturing classes presented jointly with Minnesota State College Southwest. With 40 students (two classes) in the CIS Manufacturing Engineering and eight in CIS Engineering, Draftring and Design, Paulson expects there will be enough students for future upper level classes. Students in these classes earn both high school and college credit.

Both Paulson and Elementary Principal Shane McBroom shared details of a fun, successful homecoming. Both also gave congratulations to both students and staff for doing a great job during this time. McBroom noted the staff was doing a good job of putting kids first and creating a sense of normalcy.

McBroom informed the board the elementary was attempting to get through benchmark assessments with the students. Having not been able to give the assessments in the spring, they are even more important to see where students are in their education.

Superintendent Ed Harris reported on the current COVID cases — five students and two staff members at the schools. Some other students have had to quarantine because of cases in their homes. He noted that the school was doing a good job dealing with COVID, but that it appeared that the elementary may be headed to the hybrid learning model based on growing county numbers.

Additional CARES funding from Fillmore County Commissioners has allowed the district to complete an outdoor wireless network upgrade at both schools ($8,600) as well as purchase 12 mobile Smartboards to help other rooms to be used for classrooms in the schools ($49,200).

Since the school board was short a member due to a resignation, the board needed to fill the vacancy. Following guidance from the MN School Board Association, the board had received applications for school board appointment from Josh Thompson and Tom Keene. Both were nominated by members of the board. The board then discussed the good qualities of each and then voted on the nominations in the order they had occurred. The first nominee to receive three votes won. The process resulted in Josh Thompson winning the appointment; he will join the board at the November meeting.

High school principal, Randy Paulson, resigned his position as of October 13 in order to access his TRA benefits. He requested the district to rehire him for the remainder of the year starting October 19 under a modified contract. He then intends to retire in August 2021. This would give the board time to advertise the position in the spring. The board accepted his resignation and set October 15 at 6 p.m. for a meeting to consider the vacancy.

The next regular board meeting will be November 10, at 7 p.m. The public is welcome.