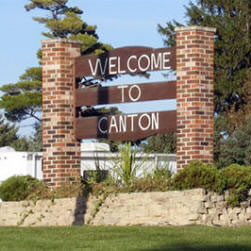 At the February 12 Canton City Council meeting, many topics were discussed: reports from the city clerk, Public Works, and Fire; and New Business including Water/Sewage fund, external payroll services, streetlight holiday displays, and the “Little Library” student project. There were no visitors for Public Comments.

After the approval of minutes and the consent agenda, City Clerk Brock Bergey reported that Danny Whalen pled guilty to one of the public nuisance misdemeanor charges from 2018. Whalen has a list of items to be completed by May 15, 2020. If the list is not completed to the city’s satisfaction, he faces an additional fine and possibly 90 days in jail. Joel Torgerson (nuisance property charges) also had his trial; it was continued to March 10.  Lolly Melander’s omnibus hearing was continued to March 9.

Bergey talked about the audit scheduled for February 24-26, which will be done by Hawkins Ash. The final report will need to be done by the end of March.

Bergey discussed the Presidential Primary Election balloting. All ballots will be mailed to registered voters. Unregistered voters should contact the Fillmore County Auditor/Treasurer’s Office if they wish to vote. There will be no poll voting in the City of Canton on March 3.

Bergey also brought some numbers to the council’s attention. There are 19 delinquent utility accounts totaling $2,179.54, 27 dogs and cats have been licensed for 2020, and two property owners  have been charged for not cleaning snow off sidewalks in a timely manner ($65 each).

Fire Chief Ryan Lange visited the council to discuss the FEMA grant for new brush trucks. This discussion will continue into the following months.

Under New Business, the council began with the Water Sewage fund. Bergey pointed out main issues in this fund, one being that the city, through USDA, was taking out a couple of loans for the wastewater development facility. Bergey presented a letter from the specialist from USDA, who represents the area, to the council. The letter explained that in past years the City of Canton has been fulfilling the annual requirements. She also explained that the current operations of accounting Water, Sewage, and Garbage in one fund is no longer acceptable for reporting purposes.

Bergey also presented a proposal to the council of investing in a new utility billing software program.  The program would automatically separate the money, which in return would save a lot of time. Council agreed to look into cost and more into the program. Another program Bergey introduced would take care of all the payrolls for the city workers.

Another discussion the council had was regarding purchasing new holiday lights. Nordsving brought up the fact that the current lights are falling apart. The council decided to purchase eight 5-foot snowflakes costing approximately $2,992.00 total.

The last topic of the night was the community improvement project called “Little Library.” The project would be completed by the industrial class from Mabel-Canton Schools. The idea of the Little Library is that anyone can take a book as long as they also put a book in. They can be put anywhere around town. The class asked for the city to pay for the materials to make two of these – an adult library and one for children. In total, the cost of the libraries will be $350. The council agreed to fund this project.