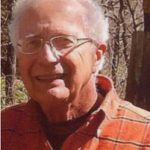 By Pastor Norm Omodt, Retired Chatfield, MN There’s a destructive force in our society, that we must not ignore!  A book by  former Secretary of Defense Mark Esper is titled “A Sacred Oath.  “On May 15,  in an interview on “60 Minutes,” Mr. Esper said he had worked diligently to prevent Trump from taking foolish dangerous actions, like Trump wanted to send missiles into … END_OF_DOCUMENT_TOKEN_TO_BE_REPLACED

The bell in the old wooden tower rings Whether happy or sad news that it sings To gather so many from far and near It tells of things we all need to hear Terror and violence is everywhere now The hate in the world seems to have taken a vow It doesn’t matter what sex, race, or creed The anger in many makes for horrible deeds Why can’t we live in a world without … END_OF_DOCUMENT_TOKEN_TO_BE_REPLACED

In the wake of the leaked draft opinion by Supreme Court Justice Samuel Alito overturning Roe v. Wade and holding that there is no constitutional right to an abortion, there’s been a tidal wave of commentary on the Court’s politicization. Much of it recently has come from the left or from abortion-rights advocates, arguing that the Court has fallen prey to the same partisanship … END_OF_DOCUMENT_TOKEN_TO_BE_REPLACED

An interesting thing happened after Russia invaded Ukraine. Though U.S. standing in the world had taken a knock after the much-needed but chaotic withdrawal from Afghanistan, there was no question where the world’s democracies would turn for leadership in the Ukraine crisis. As much of Europe and Asia has found a new resolve on behalf of democratic values, in the time since the … END_OF_DOCUMENT_TOKEN_TO_BE_REPLACED 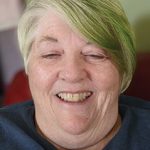 By Mary T. Reisner Fountain, Minn. This is what my 13-year-old told me when she got home from school.  She was still angry at her classmate who had said this.  She so wanted to punch him, but another classmate also heard this statement, grabbed her arms and held her back.  This happened in 1999 after the Columbine school shooting and two and half years after her father was … END_OF_DOCUMENT_TOKEN_TO_BE_REPLACED 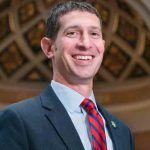 Minnesota State Senator Jeremy Miller (R-Winona) has officially filed for a fifth term in the Minnesota State Senate. Miller will be running in the newly formed Senate District 26, which includes Fillmore, Houston, and Winona Counties. He was first elected in 2010, and reelected in 2012, 2016, and 2020. He currently serves as the Senate Majority Leader and previously served as … END_OF_DOCUMENT_TOKEN_TO_BE_REPLACED 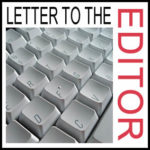 Letter about Are our friends and neighbors liars?... To the Editor, That’s what the GOP would have us believe. By showing the movie “2000 Mules,” the JEM Theater and Jeremy Munson are saying the election workers in our communities cheated. They are saying your vote didn’t count. I am proud to be a Democrat and I believe that, like me, most Minnesotans consider our votes … END_OF_DOCUMENT_TOKEN_TO_BE_REPLACED

President/CEO Southern Minnesota Initiative Foundation As any farming family can attest, every farm has its own special history. The small farm that I was raised on outside of Kiester is no exception. Our lives were rooted in the connection between land and community. Because of these important ties to the land, it concerns me that the average farmer is close to retirement … END_OF_DOCUMENT_TOKEN_TO_BE_REPLACED

Letter about I’m paying attention... To the Editor, Kathie Haynes correctly states (FCJ, May 16) that there are “many, many personal reasons why someone would choose to abort a baby.” There are also many reasons why a mother in Mabel may want to kill her kindergartner or a criminal in Canton might want to murder that mother. Presumably, Ms. Haynes is in favor of laws that … END_OF_DOCUMENT_TOKEN_TO_BE_REPLACED

By Senator Jeremy Miller Fillmore, Houston and Winona Counties It’s crunch time here at the Capitol as we move through the last week of the 2022 legislative session. The week kicked off with the announcement of a bipartisan end of session agreement and now the conference committees are working diligently on finalizing the details. Ever since the release of the November … END_OF_DOCUMENT_TOKEN_TO_BE_REPLACED