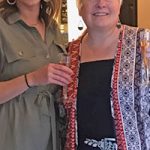 Mobile boutique owner Marsha Von Arx of Hokah came to a screeching halt in Spring Grove earlier this spring. After running an in-home daycare in Hokah for 30 years and working as a pre-school assistant at St. Mary’s Catholic Schools in Caledonia, Von Arx can be found hosting events and helping customers select the perfect outfit at Spring Grove’s only women’s boutique. Von … END_OF_DOCUMENT_TOKEN_TO_BE_REPLACED

A public hearing to discuss the application of a grant from the Small Cities Coronavirus Community Development Block Grant Program was held at the beginning of the May 11 Harmony City Council meeting. Harmony Telephone would like to apply for it in conjunction with the City of Harmony so that the every home in town would have access to broadband internet. The grant would pay … END_OF_DOCUMENT_TOKEN_TO_BE_REPLACED 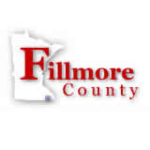 The fact that the Fillmore County Airport project bid came in significantly higher than the the estimated budget was discussed at the county board’s April 27 meeting. The county received one bid from Everstrong Construction for the T-hangar and taxilane construction project. The bid was about $550,000 higher than the estimated budget for the project of $1,249,602.50. The SEH … END_OF_DOCUMENT_TOKEN_TO_BE_REPLACED

On Thursday, March 18, 2021, Midwest Free Community Papers, conducted their annual awards ceremony. The Midwest Free Community Papers organization consists of a free distribution newspapers and shoppers spanning 11 states in the Midwest. The awards categories for the annual conference are primarily focused on news, advertising, and online presence. From 2018 to 2020, the … END_OF_DOCUMENT_TOKEN_TO_BE_REPLACED 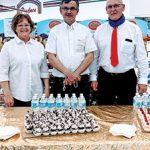 Jeff Fowler retired! Fowler hung up his crisp white shirt, Friday, April 30, after 52 years in the retail business. He spent his entire career in Spring Valley, a community of 2,479, working in three locations for three bosses. Dwayne (Squeak) Seeley, owner of Squeak’s IGA, hired 15-year-old Fowler in 1969, who began his career carrying out groceries for the residents of his … END_OF_DOCUMENT_TOKEN_TO_BE_REPLACED 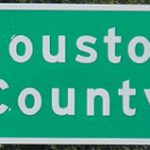 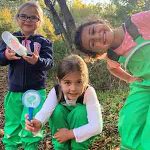 Parents of preschoolers face a big question: how do we best get our child ready for success in kindergarten? Eagle Bluff Environmental Learning Center has a creative new answer, one involving fresh air, trees, birds, animals, and maybe even a few bugs!  Since last fall, Eagle Bluff — in partnership with Head Start in Fillmore County — has been offering a Nature Preschool for … END_OF_DOCUMENT_TOKEN_TO_BE_REPLACED 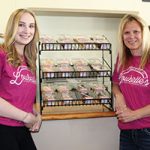 Local residents and visitors alike will be pleased to stop in to a new business opening in Lanesboro, Minn.  After all, we all scream for ice cream! Kim Berekvam, owner of the building, which was most recently leased by Chelsey Clausen to run her business The Bite, and was formerly home to Berekvam’s own business Gil-B’s, was recently faced with a decision. “Chelsey was … END_OF_DOCUMENT_TOKEN_TO_BE_REPLACED 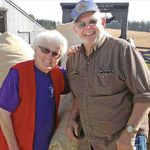 Tuesday, April 20, was a special day for Jim Austin of Harmony. He not only celebrated his 82nd birthday, but also marked the end of a 57-year career with Harmony Agri-Services. As he reflected on his time spent working at the agricultural center, Austin noted many changes as well as expressed gratitude for the opportunity to work with so many excellent customers and fellow … END_OF_DOCUMENT_TOKEN_TO_BE_REPLACED 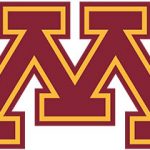 The University of Minnesota Extension Center for Family Development is offering FREE webinars April-June around the topics of financial parenting and feeding your child. In addition, there are a few stand-alone webinars and a series of webinars being offered in Spanish. Check out these offerings – you can also google the name of the series to find it online: Financial … END_OF_DOCUMENT_TOKEN_TO_BE_REPLACED