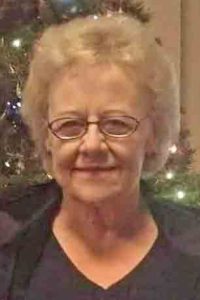 Carol Ann Odegaarden was born on October 4, 1945, in Winona, Minn., to Chester and Mabel (Madland) Odegaarden. She was raised in Winona and attended Winona Public Schools. On July 12, 1969, she was united in marriage with Allan Hatlevig in Houston, Minn. Carol worked at Winona Industries, Good Shepherd Lutheran Home, and Rush Products. She also volunteered for activities at the Rushford Legion Club and was secretary and treasurer for the River Valley Antique Tractor Club. Carol was a social butterfly who was happy, compassionate, and caring. She loved her family, Frank Sinatra and Barry White music, and was known for her famous apple pie.

She was preceded in death by her husband, parents, and three siblings: Marion, Sonja, and Gary.

In lieu of flowers, the family prefers memorials directed to the donor’s choice.

There will be a celebration of life for Carol from 1-3 p.m. on Monday, June 20, 2022, at Hoff Funeral Home in Rushford. Burial will be in the Rushford Lutheran Cemetery.

Please leave a memory of Carol and sign her online guestbook at www.hofffuneral.com.