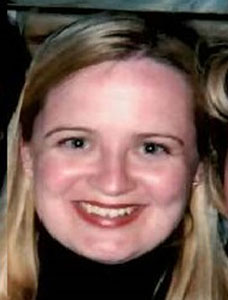 Carla Rae Tiernan, age 50, of Albertville, passed away on Tuesday, September 24, 2019.  She was born on September 17, 1969, in St. Paul, Minn., the daughter of Robert and Arlouene (Ask) Pickett.  Carla graduated from Preston-Fountain High School in 1988, and was her family’s fourth generation to graduate from there.  In high school she was a member of the National Honor Society.  She also played flute in the high school band, sang in the high school choir and Tapestry group.  She played organ and piano for her church during her high school years.  Carla graduated from Hamline University in St. Paul in 1992 earning a B.A. degree in history. She was employed as a financial analyst for international public relations firm CMGRP, successor firm to Mona, Meyer & McGrath.

Carla Pickett and Ronald E. Tiernan were united in marriage on September 27, 2008, at Berwood Hill Inn in rural Lanesboro, Minn.  She was a loving and caring person!  Carla enjoyed camping with Ron and their dog Tanner, canoeing in the BWCA, traveling up the North Shore and hanging out with friends and family.

Preceded in death by her grandparents Roy and Persis Ask, Alden and Esther Pickett, and by father-in-law Kenneth Tiernan.

Visitation for Carla Tiernan will be held on Sunday, September 29, 2019, from 4-8 p.m. at The Peterson Chapel St. Michael/Albertville Funeral Home.  A Celebration of Life will be held in Preston, Minn., on Saturday, October 12 at 3 p.m. at The United Methodist Church with visitation one hour prior to the service.  Private interment at a later date at Carimona Cemetery in rural Preston, Minn.