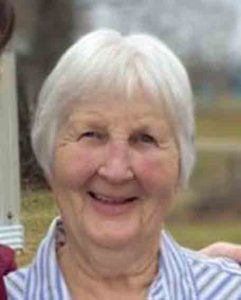 Betty Hellickson, age 86, of Preston, Minn., passed away on Sunday, May 1, 2022, at the Gundersen St. Elizabeth’s Care Center in Wabasha, Minn.

Betty Ann Roos was born February 4, 1936 in Alton, Iowa, to Edward and Esther (Hyink) Roos. She grew up in the Alton area attending a country school most of the time, until a tornado took their farm in 1944.  She then moved to town until they rebuilt the farm.  Then in 1949 they moved to Fountain, Minn., and lived on a farm there.

After graduating from Preston High School, she moved to Rochester where she lived until she moved to Harrisburg, PA for a new adventure.  Eventually she did move back to Minnesota.

Betty married Leslie Hellickson on August 21, 1959, and they lived in Preston, until moving to Munich, Germany while Les served his time in the US Army.  After the Army, they moved back to the Preston area.  At that time, Betty worked at Fountain State Bank until 1977 when she then became a full-time farmer.  As the time passed, Betty decided to go back to work as a bank teller at the Lanesboro State Bank, where she worked until she retired in 2005.  During retirement, she held a few part-time jobs such as a laundry aide, greeter at the tourist center, and at Gehling Auction.

Betty was a member of Christ Lutheran Church, served on the church council, and also helped where needed. She was a 4-H leader, drove ladies to doctor appointments, and enjoyed coffee on Thursdays.  She was a lifetime member of the VFW Ladies Auxiliary.  What she really enjoyed was putting flags out at the cemeteries for Memorial Day.  Betty loved puzzles, reading, word searches, dancing and baking, if it turned out.

She is survived by her two daughters, Tisha (Scott) Bergner and Nicki (Matthew) Carothers and two grandchildren, Khloe and Max Carothers, all of Nelson, Wis., Kim Hoiem (Barb Miller) of Bruno, Minn., two sisters Ethel Gerking of Rochester, Minn., and Ruby (Ken) Bushman of Roscoe, Minn.  She treasured the Hellicksons and all the nieces and nephews on both sides.

She was preceded in death by her parents Edward and Esther Roos, two sisters, Joyce and Ethel; three brothers and their wives: Donald and Bert Roos, Leroy and Dorla Roos, and Eddie and Harriet Roos; an infant brother, and her former husband Leslie Hellickson.

Services for Betty will be held on Saturday, May 21, 2022, at 11 a.m., at the Christ Lutheran Church in Preston, Minn., with Pastor Dan officiating.  Visitation will be held from 9-11 a.m. prior to the service at the church.  Burial will be at Watson Creek Cemetery in Preston.

In lieu of flowers, memorials may be given to the family of Betty.

Online condolences may be left at www.hindtfuneralhomes.com.