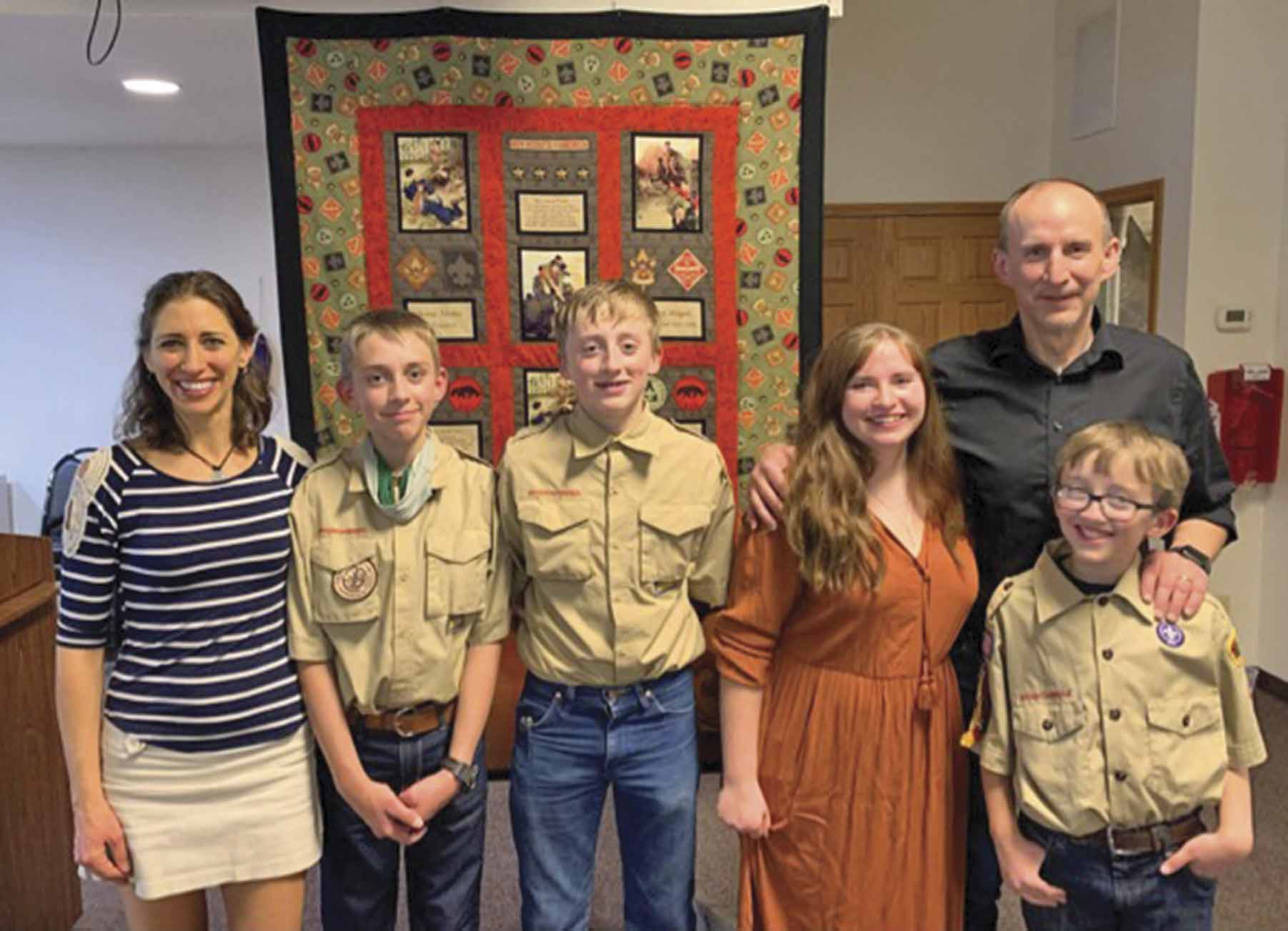 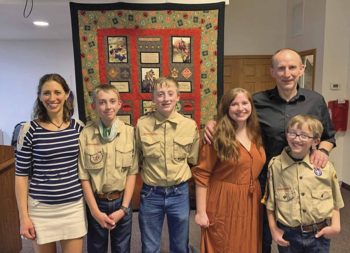 Beatty Darr of Troop 53, Rushford-Peterson area, has achieved the highest rank available of Eagle Scout. The celebration for this prestigious award was held on Sunday, March 20 at the American Legion in Rushford. Scoutmaster Thomas Butterfield presided over the ceremony.

Beatty’s Eagle project was adding concrete and pavers to the flag pole at Oakwood (Sherwood) Cemetery in Rushford.

Congratulations and good luck in your future, Beatty.

Shown above is Beatty with his family: Tina, Gibson, Beatty, Daisy, Bruce, and Mannix.