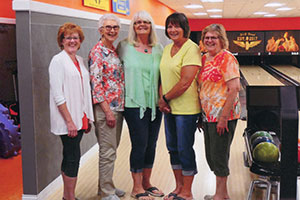 Both women’s leagues ended one week early when B&B Bowl was forced to close its doors because of the COVID-19 virus.  Unfortunately, this resulted in several members deciding to discontinue to bowl, which has caused the Powder Puff league to fold after being in existence for many years.  However, some members have opted to form new teams or join already existing teams on the Tuesday Night American League, which had only four teams but will now have all of the alleys filled with eight teams. 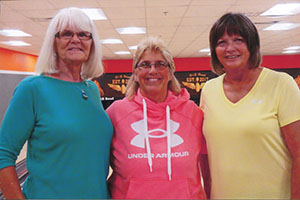 The winning team of the Wednesday afternoon Town & Country bowling league was F-3, with members, left to right, Bettie Gulbranson, Shelly Hanson, and Debbie Finseth.  Some members dropped out because of worries about the virus, understandably.  However, two more complete teams decided to bowl, which created a complete league of eight teams.